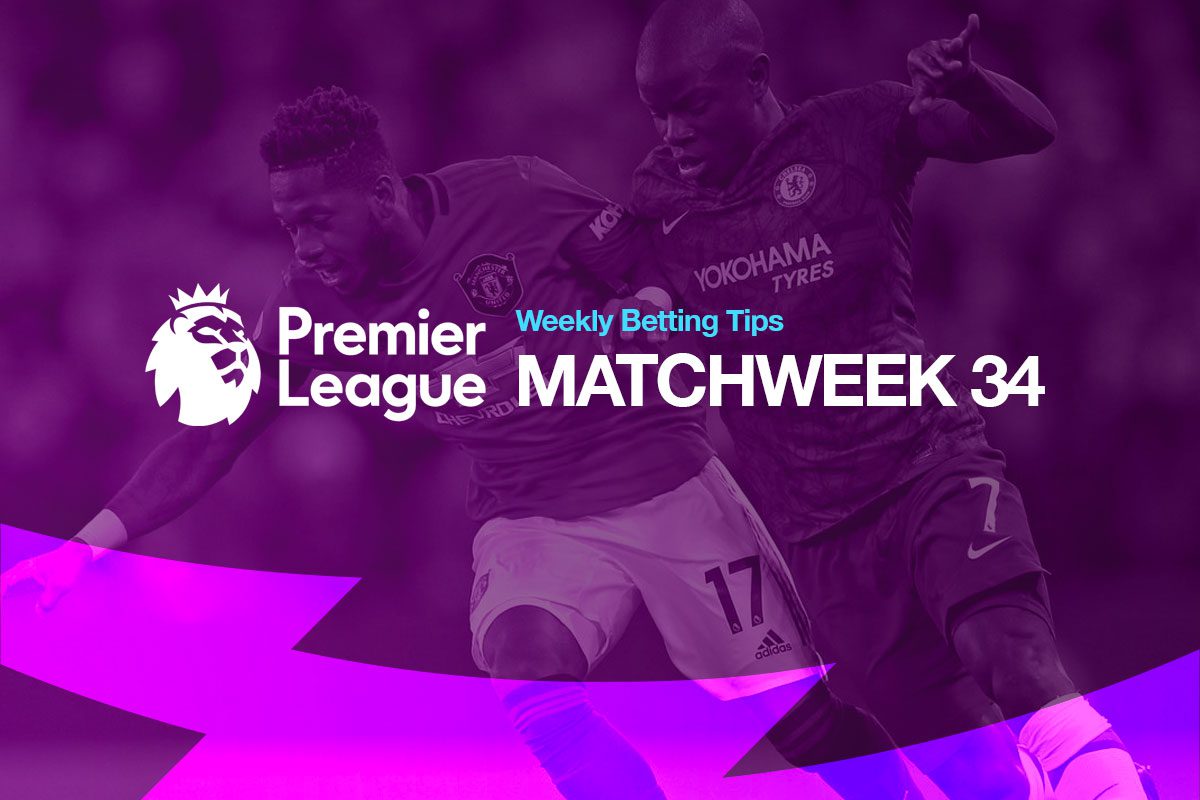 The 2021/22 English Premier League season is rapidly coming to a close. It’s all about Manchester City vs Liverpool for the title, but the top four race is working to match it in terms of intrigue. There are also about five teams battling to avoid relegation. Most teams have around six games remaining, although some have more due to COVID-related rescheduling. Regardless, it’s do-or-die time. Here are the best bets from Matchweek 34.

This is shaping up to be the game of the weekend. Manchester United have 54 points through 33 games and sit in sixth place. Arsenal have 57 points through 32 games and sit in fifth place. Both of these teams are dueling with Tottenham and West Ham for the last Champions League spot and this game could be a deciding factor. Man U have a new manager in Erik ten Hag who joins from Ajax, where he found a lot of success. Can he can turn around a squad that has only two wins from its last nine games? Maybe it’s naive, but we think Ten Hag will find immediate success and pick up a big result against Arsenal.

Once again, Arsenal remain impossible to predict. After dropping three straight games to bottom-half teams, they came back and dominated Chelsea this past Wednesday. It doesn’t really make sense beyond the simple fact they are extremely inconsistent. Maybe they can string a few wins together and beat United, but it’s not worth counting on. Manchester United have a more talented team but haven’t been in good form. If their new manager can come in and motivate his team for the final stretch, Arsenal will be in trouble in this fixture. Take United and hope it’s a close, entertaining game.

This should be a Tottenham win, but it may be trickier than they expect. Brentford have had a relatively successful season and sit in 12th place with 39 points through 33 games. Their only goal was to avoid relegation and they have done a great job in doing so. Brentford will enter this game with five wins in their last six. However, ignoring the fluky win against Chelsea, none of those wins were against top teams on Tottenham’s level. They should be overmatched in a game that means more for Tottenham.

Tottenham are another team in the aforementioned top four race and currently have the inside track. They are in fourth place with 57 points through 32 games. As Arsenal are playing United, this will be a great spot for Tottenham to extend their lead. Brentford have a relatively weak defense which will be exploited by Harry Kane and Son Heung-min. Spurs shouldn’t face too many problems offensively, and as long as their backline holds strong, they will be able to beat a scrappy Brentford side. Take Tottenham to win and hope they can extend their brittle lead on the fourth spot in the Premier League table.