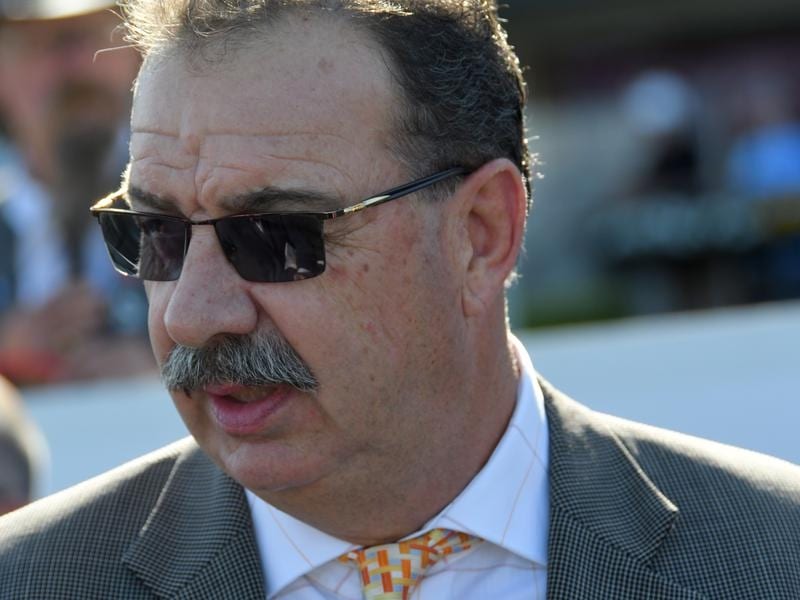 Trainer John Sargent believes Al Sahara has the ability to run a strong 1600m in the Fernhill.

Randwick trainer John Sargent will give Al Sahara the chance to make a quantum leap and upset her more fancied rivals in the Listed Fernhill Mile.

The Sargent-trained Foxborough finished second in the 2019 Fernhill at her second start and stablemate Al Sahara will also be racing for just the second time on Saturday.

Al Sahara finished third in a 1000m-handicap for two-year-olds at Muswellbrook last month and has since had a barrier trial leading into Saturday’s Fernhill at Randwick in which every runner in the race is untried at 1600m.

“It’s the same as I did with Foxborough last year in the Fernhill. She had just had the one start,” Sargent said.

“I think she will get home strongly. She did at her first start, albeit at Muswellbrook but once the two-year-olds get out to a mile it’s a different story. So she should acquit herself well.”

Al Sahara is one of the outsiders at $23 in a field which has been reduced to seven after two scratchings, including multiple Group One-winner Jameka’s brother Grandslam who will instead run in Adelaide.

The Peter and Paul Snowden-trained Untamed was shading the Gai Waterhouse and Adrian Bott-trained Postcode for favouritism on Friday with both colts a chance to back up seven days later in the Group One Champagne Stakes (1600m).

“We’ll get through Saturday first but it’s a possibility if he runs well enough,” Peter Snowden said.

Postcode was second in the Breeders’ Plate last spring and competitive in a couple of Golden Slipper lead-ups this autumn before breaking his maiden at Hawkesbury last Saturday.

Bott says the colt has thrived since and believes he can go on with the job on Saturday and press his claims for a Champagne start.

“It’s what we wanted to see and needed to see,” Bott said.

“I think that confidence win at Hawkesbury has really helped him turn the corner now and hopefully got him ready to take that next step on Saturday.

“And if he can improve again we’d have no troubles wanting to back up again a week later.”