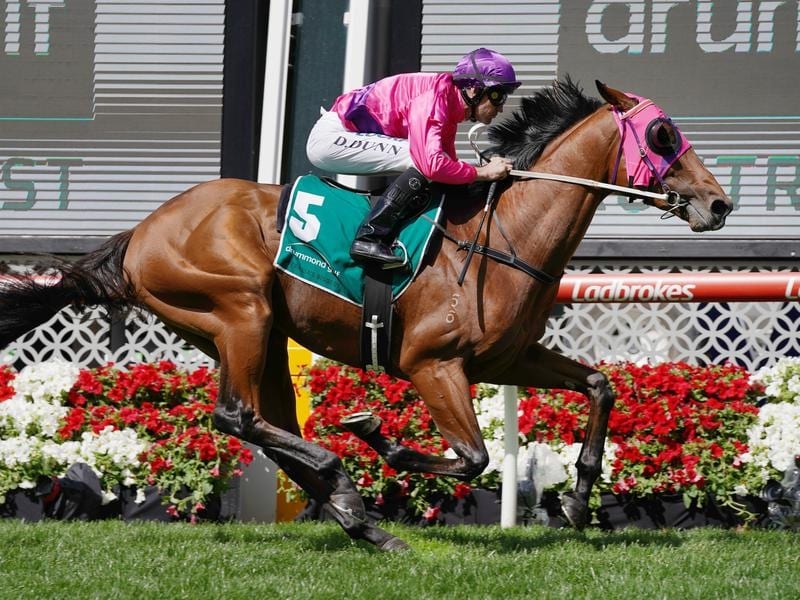 Victoria Derby placegetter Soul Patch is among entries for the C S Hayes Stakes at Flemington.

Trainer Ken Keys is under no illusion about the task confronting Soul Patch when he resumes in the C S Hayes Stakes at Flemington.

There have been 14 entries taken for Saturday’s Group Three 1400m-race including the Caulfield Guineas quinella of Super Seth and Alligator Blood.

The talented Dalasan and star New Zealander Catalyst are also there along with Victoria Derby winner Warning.

Soul Patch has not raced since the Derby (2500m) in November when he finished third behind Warning and Southern Moon.

His only unplaced effort was when eighth in the Caulfield Guineas before he won The Vase at The Valley (2040m) on October 26, a week before the Derby.

He finished second in a barrier trial at Cranbourne over 990m last week.

“I couldn’t have been happier with his trial and he came through it well,” Keys said.

“Obviously the good ones will be there in force and we’re not scared of them.

“He should be very competitive I believe and we’ll keep going up from there.”

Keys said Soul Patch did not have a long break after his spring campaign with the trainer describing the colt as an athlete.

“He doesn’t go to the paddock and blow out, he walks a bit,” Keys said.

Soul Patch has been nominated for the Australian Guineas at Flemington on February 29 and the All-Star Mile at Caulfield a fortnight later, both over 1600m.

But Keys says a more realistic campaign is to run in the Guineas followed by the Alister Clark Stakes (2040m) at The Valley on March 13 and then go to Sydney.

Keys has Rosehill Guineas (2000m) aspirations with a view to the Australian Derby (2400m).

“He’ll be entered for the Derby, and he’ll tell us, or we could come back to the VOBIS Gold Guineas at Caulfield over a mile in April,” Keys said.