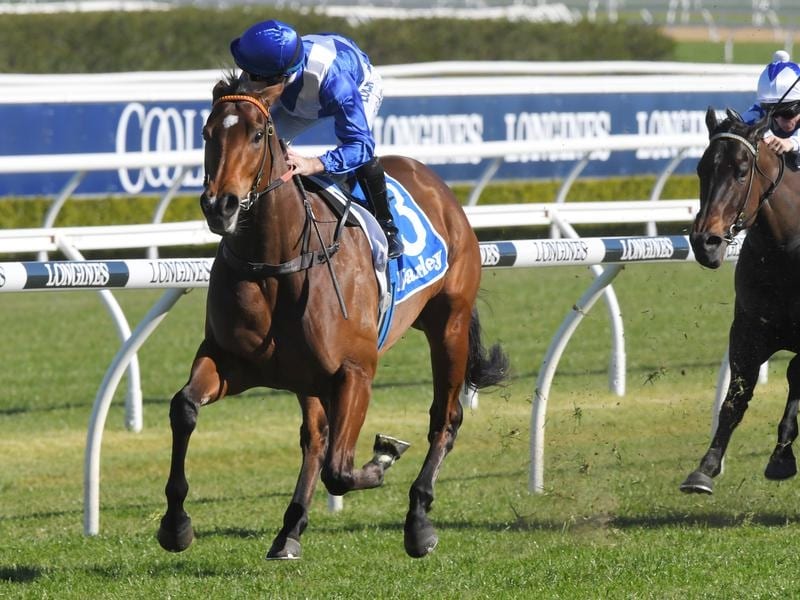 Libertini has opened favourite to win the Light Fingers Stakes but is also entered for Lightning.

Libertini has opened the short-priced favourite for the Light Fingers Stakes at Randwick but also holds an entry to the Lightning Stakes in Melbourne.

The Anthony Cummings-trained filly has not raced since her third in the Group One Coolmore Stud Stakes on the Flemington straight course in November behind Exceedance and Bivouac.

The TAB put Libertini up at $2.50 for the Group Two fillies race at Randwick and posted her second favourite alongside Loving Gaby at $6.50 for the Lightning (1000m) with Nature Strip at $1.50.

Raced by Gerry Harvey, Libertini has four wins from four starts on good tracks and three placings from her three starts on rain-affected ground.

“I’m happy where she is at,” Cummings said.

There are 18 fillies entered for the Light Fingers (1200m) but Funstar is not among them.

The Chris Waller-trained Funstar won the Group One Flight Stakes in spring and the trainer had considered running her before her scheduled meeting with Flight runner-up Probabeel in the Surround Stakes.

Godolphin’s Flit, winner of the Thousand Guineas, is the highest-rated filly in the Light Fingers on 103 ahead of Libertini, Lyre and Kiamichi who are all on 100.

Both Flit and Kiamichi are trained by James Cummings who has also nominated Katalin, the winner of her only two starts.