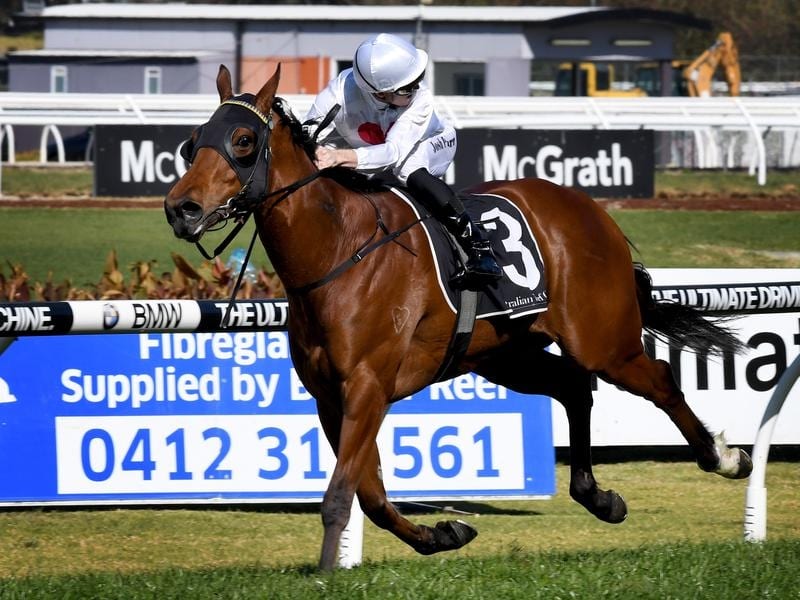 Deploy is back home to run at Rosehill after an unplaced effort in the Stradbroke Handicap.

Sydney sprinter Deploy has returned from a less than ideal trip to Brisbane but is ready to bounce back on home turf in the Civic Stakes.

A three-time Group winner, Deploy beat one runner home in the Group One Stradbroke Handicap on June 6 when he was unable to get much galloping room.

He will run in Saturday’s Listed 1350m-sprint with trainer Gerald Ryan confident he has come through the Brisbane exercise in tip top order.

Deploy is a noted front runner and while he doesn’t have to lead, he is usually on the pace.

“It wasn’t necessarily the plan to lead in the Stradbroke but he got behind a slow one and he had horses all around him which he doesn’t like,” Ryan said.

“He never really got a clear crack at the race so it wasn’t as bad as it looked.

Raced by a group headed by John and Pam Cornish’s Torryburn Stud, Deploy finished third in his start before the Stradbroke, the Luskin Star Stakes at Scone.

That race was won by subsequent Stradbroke winner Trekking with Brave Song second.

Brave Song missed automatic qualification for the Stradbroke when a short half head second to Pretty In Pink in theMoreton Bay Cup but showed his class with his win in Saturday’s Group Three Healy Stakes at Eagle Farm.

Ryan also has Harper’s Choice in the Civic with the 2017 Australian Derby runner-up having a slightly interrupted preparation.

“This is obviously going to be too short for him,” Ryan said.

“He was originally going to be running in the 2000 metre race on Saturday but I had to scratch him from his last start when he knocked his leg slightly.”

The 12 entries for the 2000m-handicap on Saturday are headed by last-start Winter Cup winner Destiny’s Kiss.

The 10-year-old is also among the 14 nominations for the Stayer’s Cup (3200m) but trainer Joe Pride is favouring the shorter race.

Among Ryan’s other planned runners on Saturday are striking grey Albumin and Tango Rain in the benchmark 94-handicap over 1100m.

The two finished first and third in a similar race on June 15.

Rosehill was rated in the heavy range on Monday with rain forecast until Wednesday.