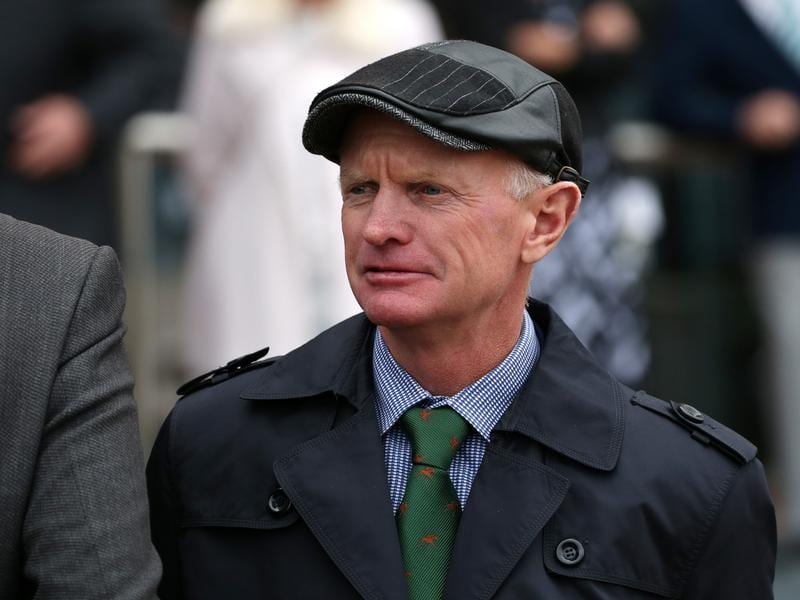 Trainer Phillip Stokes has high hopes Sizzlefly can remain unbeaten as he looks to the spring.

A winter race at Caulfield is the next step for promising two-year-old filly Sizzlefly who will be out to remain unbeaten ahead of a spring carnival campaign.

The Phillip Stokes-trained Sizzlefly is scheduled to have her third start in a 1200m-handicap for two-year-olds on Saturday after winning her first two starts by a combined 10-1/2 lengths .

Sizzlefly was 8-1/4 lengths clear of her nearest rival on debut at Morphettville in January and returned from a spell to score a 2-1/4-length win in a 1000m handicap against her own age on a heavy track at the Mornington metropolitan-grade meeting on June 10.

Stokes sees Saturday’s race as another test for the filly and a chance to boost her rating and prize money, along with giving her experience at Caulfield.

The trainer is hopeful the Group One Thousand Guineas (1600m) for three-year-old fillies at Caulfield could figure on Sizzlefly’s spring program.

“We’ll aim for those sorts of races and see what happens,” Stokes said.

“She has always shown us plenty and she couldn’t have been any more impressive in her two starts.

“This is harder again on Saturday but every time we lift the bar she seems to step up. She’s a very professional horse.

“We definitely have spring hopes for her.”

Sizzlefly is a daughter of Sizzling who is also the sire of the Stokes-trained That Girl, a winner on debut at Morphettville on Saturday.

Should things go to plan, Stokes is looking to give Sizzlefly a short break after Saturday ahead of spring.

Stokes’ stable apprentice Kayla Crowther won on Sizzlefly at Mornington and retains the ride even though it is a non-claiming race with the filly to carry 58.5kg.

The trainer also has Indiscretion among the 34 nominations for the Caulfield race but he said the plan was for her to run at Sandown on Wednesday week.

Indiscretion finished second on debut at Sandown last Wednesday behind Excused from the Lindsay Park stable.

“I was very happy with her debut run and she is another really nice filly who I think has got a good future,” Stokes said.

“She’s another filly who will probably go on a similar path, all going to plan.”