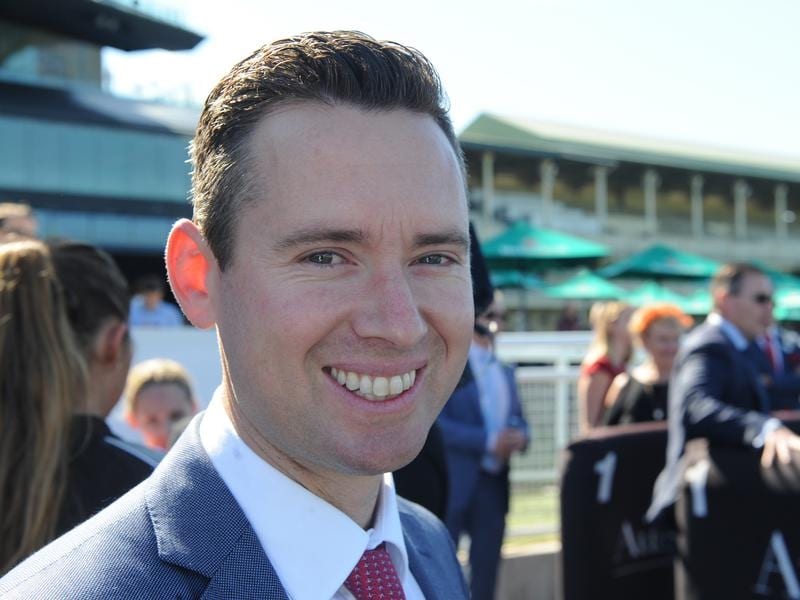 Gai Waterhouse and Adrian Bott have set themselves a personal training challenge by starting Hush Writer first-up over 2400 metres in the W J McKell Cup at Rosehill.

Resuming horses over middle distances has become more common in Australia with the influx of imports who have been prepared similarly in Europe and Japan, but it is rare for a horse to be given a genuine stamina test without a conditioning run.

In the case of Hush Writer, Bott says Tulloch Lodge has been guided by the horse who has not responded to their attempts to train some speed into his legs but has relished the fitness foundation laid by two barrier trials and a race day exhibition gallop.

“It may seem strange for us in Australia, but they wouldn’t think twice about it in Japan or France where he’s done his previous racing and training.

“He is a bit one-paced. It’s probably a bit unfair on him starting in anything under 2000 metres, he’d be outsprinted against our sharp, speed horses.

“He’s had plenty of groundwork, he’s had the trials and he’s had an exhibition gallop and he’s very forward going into Saturday’s race.”

Hush Writer was Group Two-placed over 2400 metres in France before a light spring campaign in Melbourne, highlighted by a stakes placing at Mornington.

Bott said the horse struggled to cope with the buzzing carnival atmosphere in the southern capital so the decision was made to geld him, and plenty of time had been poured into teaching him to calm his pre-race nerves.

“Last campaign was a bit rushed for him. He arrived straight from France into Melbourne off the back of a great performance in a Group Two over there and he was still a colt at the time,” Bott said.

“It’s a bit difficult to get a line on him first-up but he’s obviously a talented horse, as he’s proven previously, and Saturday will tell us a lot more about what we can aim up for in the spring.”

The in-form stable, which produced three winners at Warwick Farm on Wednesday, will also saddle up Call Me Royal, early favourite for Saturday’s My Mate Mulvey’s Sprint (1200m) and Let Me Sleep On It in the Dad & Dave’s Turf Handicap (1400m).