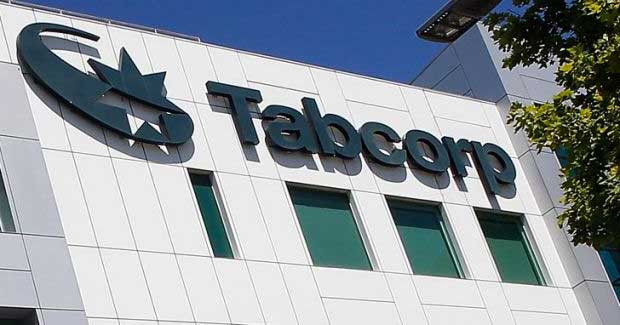 UK GAMING giant Ladbrokes Coral is looking to expand its global presence and Australia is one of the key targets after reports emerged over the last week that the British company is preparing a takeover bid for Australia’s Tabcorp, the country’s largest gambling service.

Gambling operators Ladbrokes and Coral completed their £2.3-billion merger early in November, creating a combined entity that has an enormous reach in both the online and offline markets.

Tabcorp is attempting a similar scenario in Australia.

Tabcorp – which also owns online wagering company Luxbet – is currently in the process of piecing together a deal which would see the company merge with its biggest rival, Tatts, effectively creating a gaming juggernaut in Australia.

The merger – which would create an A$11 billion new company in Australia – is not yet finalised, but Tabcorp recently acquired a 10 percent stake in the rival company to facilitate a future amalgamation.

The only issue is neither company has a truly thriving online presence, the marketplace that Tabcorp has had trouble breaking into.

The Ladbrokes Coral offer – which would extend its global reach to create a £5-billion international giant – is set to place Tabcorp in a predicament, given reports suggest that the English giants have no interest in acquiring Tatts.

A successful bid on Tabcorp would hand Ladbrokes Coral all the infrastructure needed to become a mainstay in the Australian market given which would include offline betting shops as well as all the Sky Channels on pay TV.

This is not the first time Ladbrokes has looked to gain traction within the Australian market.

Back in 2013 the company approached Tabcorp in order to acquire the company, but the bid was quickly rejected given Tabcorp was far and away the leader in the local market.

Fast-forward to 2016 and Tabcorp’s acquisition of Tatts – which coincidentally was rejected as well two years ago – looks to be going ahead as the gaming giants look to consolidate their position at the top of the Australian gambling tree.

Online companies such as Sportsbet and William Hill are just two companies that continue to grow down under, putting pressure on the home-grown operations to remain at the head of the pack, but tough new laws that are being proposed by the Australian government are set to make it extremely tough on off-shore bookmakers.

Our take – is Ladbrokes bid to take over Tabcorp an astute purchase?

The news that newly0created Ladbrokes Coral is looking to take over Tabcorp is not entirely surprising given Ladbrokes has tried this before, but it seems its ambitions have a much greater chance of being realised this time around.

Back then Tabcorp was the ubiquitous gambling operator in Australia, and while online companies did exist, their impact in the overall market was negligible compared to Tabcorp’s reach.

Now, in 2016 as Tabcorp prepares itself to take over Tatts to fight off the competition coming from the off-shore companies, the Ladbrokes Coral offer may seem much more enticing than it did two years ago.

From the Tabcorp perspective, having the might of a global powerhouse backing them in this country would only aid in its bid to gain the upper hand on rivals.

The company will always have relevance while it has an offline presence, but the online share is merely a blip on the radar when compared to Sportsbet – backed by Paddy Power – and William Hill.

From Ladbrokes Coral’s side, the move is brilliant for business.

Not only does it bypass the potentially harsh laws that could soon impact offshore companies, but it also gives them the offline might of Tabcorp’s market presence which could assist in dwarfing the other online companies operating in Australia.

Consolidation has been the order of business for Ladbrokes over the past five years, and gaining a true foothold in Australia – the country that has the most gambling per person in the world – seems the logical next step for a company that now dominates the UK.

The Australian Competition and Consumer Commission has shown in the past that blocking deals like this is not out of the realms of possibility.

The question has to be asked – what will come of giving Australia’s biggest gambling company – an entity that the Australian Government has bent over backwards to protect and litigate around to ensure its success – to an overseas company?

(a) Query the govt tax or take from betting operations may see probs as with UK about fronting up with a reasonable return to the state……protracted discussions, employment losses,

(b) Although betting shops were popular socially 50 years ago a new culture of stay at home will see less need for outlets and operators should find they have a future windfall when selling their acquired unwanted real estate.

(c) The gambling culture may also begin to fade as new generations see it as a sposmadic flutter, dinner and lark at the races than religiously betting on a regular basis. The old breed also resent lower odds as operations restrict margins and as has happened before increase margins with phantom bets to reduce pay out odds as done by Tote in UK 20 years ago. With all that one could see the day when collectively Joe Soap has had a gut full and like beer drinking pub patrons seek alternative recreation.

(d) With ongoing smaller take from betting operations getting slimmer govt may with pressure from a newly emerging culture severely limit the betting industry to a point…….

My 1st job used to work with Messrs Stein and George as they did the field book and they were real bookmakers who astutely took very calculated risks and accepted that a smart stable would get a plunge to go under our radar. Big pay outs were free advertising was the quip from the top desk as we won 99% of the time and learned after each coup. Most of the time we used mugs money to shorten any losing liabilities and on occasion a little sharp practice would see an unexpected horse start favourite…….