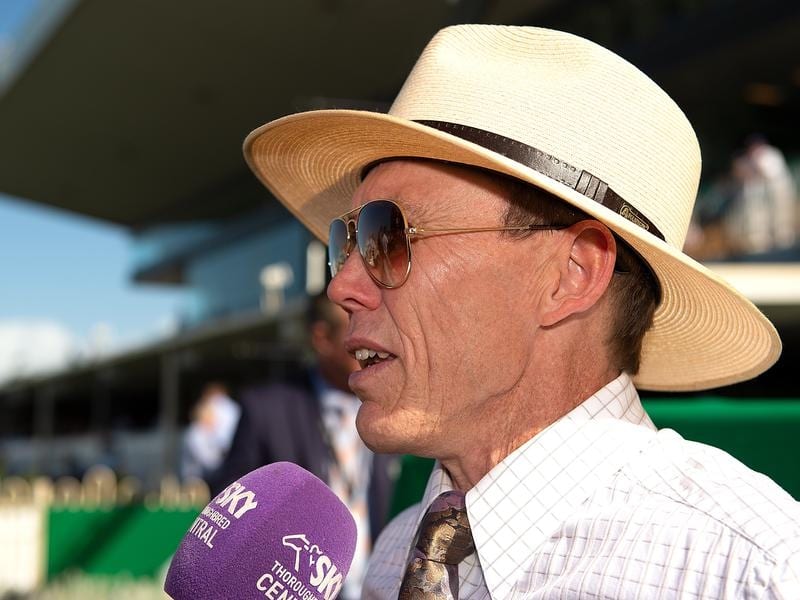 Trainer Chris Munce is set for a dual attack on the Listed Ramornine Handicap at Grafton a bid to give his long-time supporter Max Whitby another big Grafton win.

Munce won the Grafton Cup with First Crush last year for a syndicate headed by Whitby.

He decided not to press on with First Crush to the Grafton Cup this year after the gelding was beaten in the Ipswich Cup.

First Crush has been sent for a spell but will return later in the spring.

Munce will have Snoopy and Smartypy in the $160,000 Ramornie and both are rated strong hopes.

Snoopy is a noted first-up specialist and showed he had come back well with a win in a Doomben trial two weeks ago.

Smartypy has been one of the form horses of the winter and she made it three wins and two minor placings from her past five starts when she won at Ipswich recently.

In that win she ran down the smart Ef Troop and it was that run which convinced Munce to head to Grafton with her on Wednesday.

Smartypy is currently 17th on the ballot order but with at least four horses above her unlikely to accept she looks safely in the field.

“She finished very strongly and with a light weight I think she is up to Ramornie class,” Munce said.

“The good thing was the Ipswich win meant I didn’t have to run her again to qualify for the Ramornie.”

Munce said Snoopy and Smartypy had different racing styles with Snoopy liking to be near the lead.

“Snoopy is going well and he has already shown he is up to Listed class,” Munce said.

Whitby has been a great supporter of Munce as both a jockey and trainer.

“We go back to winning a Cox Plate with Savabeel when I was a jockey. Max was among the first to give me a horse when I went training,” Munce said.

“He loves winning races at the Grafton carnival and it would be good to give him another feature race win.”

Last year’s Ramornie winner Havasay has again been switched from trainer Liam Birchley to Toby Edmonds for a tilt at the race.

Birchley is barred from training in NSW and Havasay went to Edmonds last year for the Ramornie.