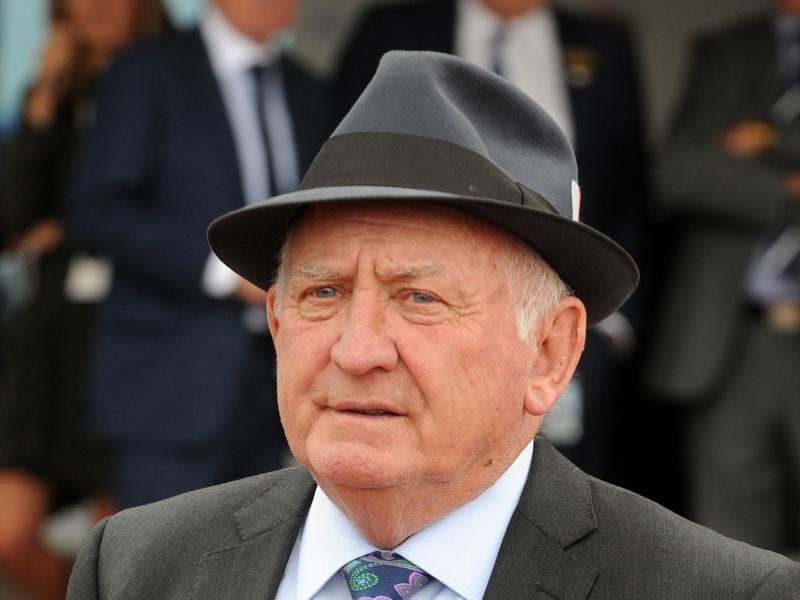 Adelaide trainer Leon Macdonald is looking to Dalasan to measure up in Melborne feature races.

The Group One Caulfield Guineas figures among the plans for lightly raced Dalasan so long as the he can keep stepping up during his spring campaign.

Prepared by Hall of Fame trainer Leon Macdonald and Andrew Gluyas in Adelaide, Dalasan won his first two starts at home in February which earned him a crack at the VRC Sires’ Produce Stakes (1400m) for two-year-olds at Flemington in March.

Dalasan was an eye-catching second in that Group Two race behind Godolphin-owned La Tene, finishing strongly late to get within a short neck of the winner despite hanging in on a number of occasions in the home straight.

Macdonald is hopeful Dalasan will measure up to some of the feature spring races for three-year-olds, including the Group One Caulfield Guineas (1600m) in October.

“He will be given his chance to go to the Guineas if he’s good enough. That’s really what it amounts to,” Macdonald said.

“He will probably resume in a race at Caulfield in August.

“There’s a couple of those 1200-metre races which then goes into the Guineas Prelude and then the Guineas hopefully. But that’s in the future.

“He’s got to stand up and be counted before he does that.”

Macdonald said Dalasan had a good spell after the Flemington race and had been back in work for around six or seven weeks.

“He’s probably ready in another three weeks or so to have a barrier trial,” Macdonald said.

“Then he should be very fit by the time he gets to Caulfield.”