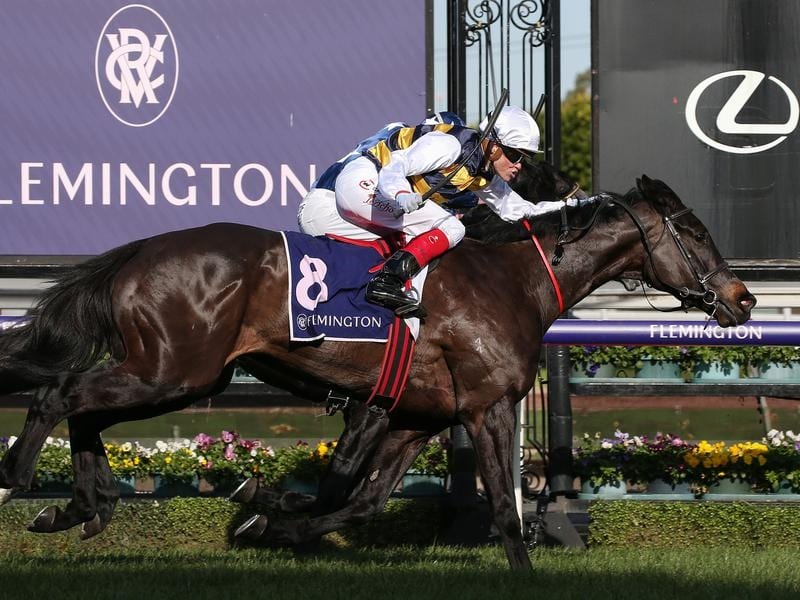 The four-year-old gelding was held up for clear running in the first half of the home straight in Saturday’s 2600m-race before Craig Williams was able to get him into the clear in enough time for him to overhaul fellow import Beau Balmain in the final stride.

“I’d have to say after that performance the hopes are pretty high now,” Cumani said.

Future Score was bought by prominent syndicator OTI Racing after he broke his maiden over 1614m at Pontefract in England last year.

Saturday’s victory was the gelding’s third from eight Australian starts since joining Cumani, with his other wins coming in midweek city races at Sandown over 2400m.

Cumani believes the extra distance of Saturday’s race suited Future Score and is hopeful the gelding can keep improving to be a player in bigger staying races in Australia, whether that be this spring or next year.

“I’ll have a chat to (OTI’s) Terry Henderson and the rest of the owners but I think I’d probably look at the big targets in the spring next year,” Cumani said.

“I’ll probably look at just giving him a light spring at this point in time, maybe three or four races and then look at something in the autumn because he can go in the wet.

“And then really try to tee him up for the big ones, hopefully if he has kept improving, in the spring of next year.

“This is good winter racing but there’s still a fair jump to make.”