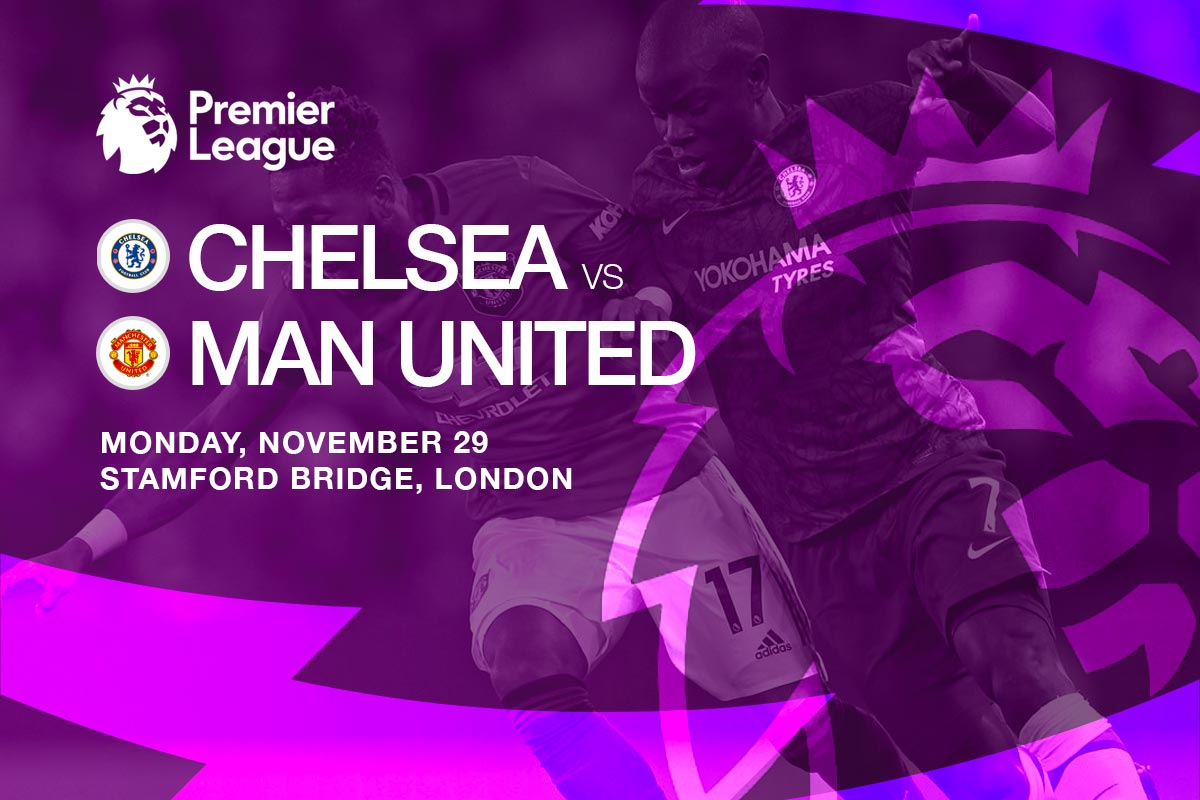 Ladder leaders Chelsea are set to welcome Manchester United to Stamford Bridge on Sunday afternoon in one of the marquee matchups of Matchweek 13 of the 2021/22 EPL season.

Having won four of their past five matches in the league, Chelsea are clearly the best team in the EPL a third of the way through the season. In all competitions they have stretched their unbeaten streak to 10, with nine of those being wins, including a midweek 4-0 thrashing of Juventus in the UEFA Champions League. That win came with the likes of Romelu Lukaku, Mason Mount, Kai Havertz and Timo Werner all not featuring in the starting lineup.

Having found the back of the net on 30 occasions so far in the Premier League, Chelsea’s attack is second only to that of Liverpool (35 goals). However, it is their defence led by keeper Edouard Mendy which has been the talking point of the season thus far, conceding only four goals in the EPL to date. With fullbacks Ben Chilwell and Reece James contributing in attack as well as holding their own down back, this Chelsea lineup is as damaging as you could hope for in a competition like the EPL.

Set to play in the Premier League for the first time since parting ways with Ole Gunnar Solskjaer, Manchester United will be looking to build on their midweek 2-0 win over Villarreal in the UCL. On the back of yet another goal from Cristiano Ronaldo and a maiden club goal for Jadon Sancho, there looks to be some sort of light at the end of a dreary tunnel for United fans.

The Red Devils have conceded 15 goals in their past five matches. They will be without club captain Harry Maguire following the centre-back’s red card in United’s embarrassing 4-1 defeat to Watford in Matchweek 12. With just one goal in their past two matches in the EPL, United will need a quick form reversal under interim manager Michael Carrick if they are going to even challenge this all-conquering Chelsea.

This will be a tale of two sides going in completely opposite directions in the lead up to Christmas. Chelsea will be looking to consolidate their three-point lead at the top of the table, while United will be looking to grip on to a spot in the top half of the table, sitting just one point above Crystal Palace in 10th. With Lukaku, Mount and Werner all expected to return to Chelsea’s starting lineup, United will require another brilliant performance from David De Gea to stay in the game. Despite missing the likes of Chilwell (knee), Havertz (hamstring) and N’Golo Kante (knee) through injury, the Blues should be simply too good. The $8 for a 2-0 Chelsea win looks tasty.

Despite not scoring in the league since netting a hat-trick again Norwich on October 24, we are backing Mount to break a run of outs with a goal against United. With all eyes focused on the likes of Werner and Lukaku, a player like Mount could be the one to pop up and give Chelsea a further edge over this United side.