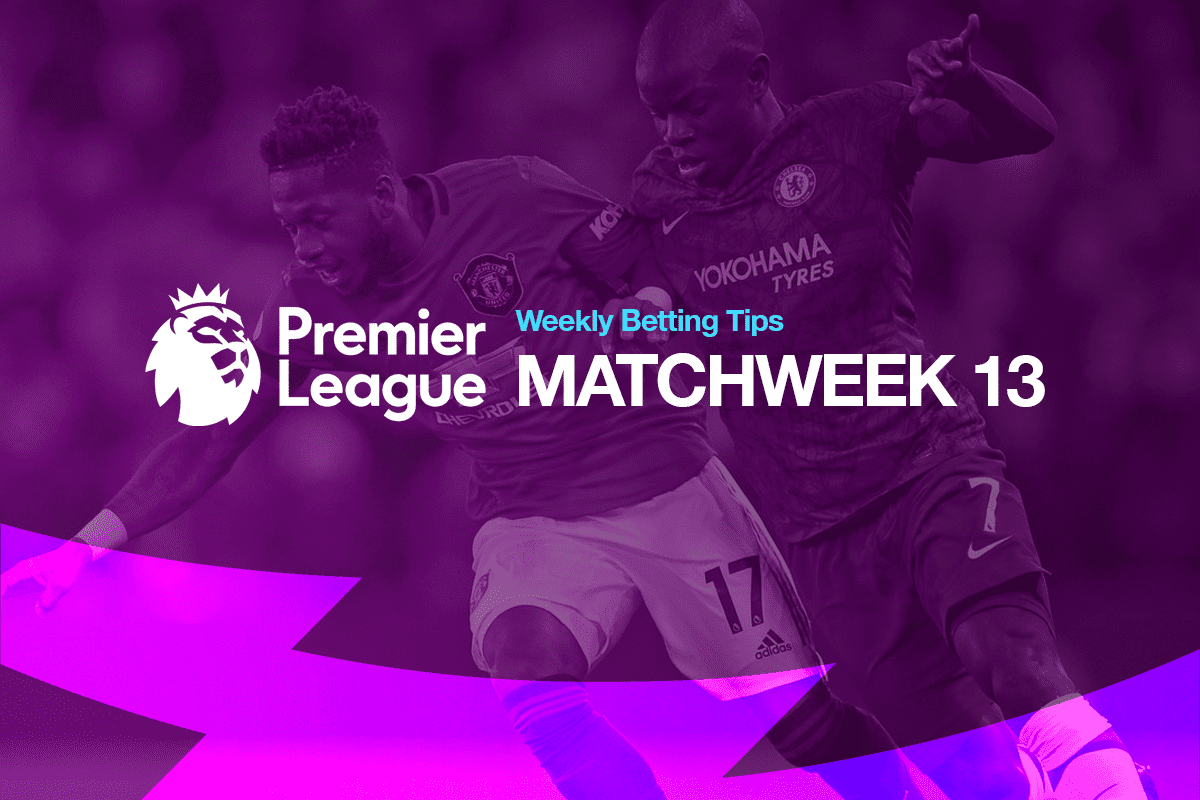 This week’s English Premier League betting card features two high-profile matchups in Manchester City vs West Ham United and Chelsea vs Manchester United. We’ve got plays in both of these games and one in the far less anticipated Brentford vs Everton matchup in our EPL Matchweek 13 best bets.

Brentford’s (3-4-5) first stint in the Premier League got off to a fantastic start when the club went 3-3-1 through its first seven matches. The wheels have fallen off since then, however, as the recently promoted team is now 0-1-4 over its last five matches including ugly losses to Burnley and Norwich City, two teams currently sitting in the bottom three spots on the EPL table.

Everton (4-3-5) has also seen its season go off the rails with a 0-1-4 collapse over the club’s last five matches. Something has to give when these two slumping squads meet this weekend.

Despite their recent struggles, the odds on Everton are tough to pass up on; this match could go either way, the recent skid has mostly come against strong opponents, and the team is probably better on paper than Brentford. Betting on Everton won’t be fun, but the value is there.

Manchester City (8-2-2) has bounced back nicely from its stunning 2-0 defeat at home against Crystal Palace, beating Manchester United 2-0 on the road and then Everton 3-0 at home. The Citizens will face a tougher test this weekend when they welcome one of the league’s up-and-coming sides.

West Ham United (7-2-3) had compiled four straight wins, including a 3-2 victory over Liverpool, before having that win streak snapped in a 1-0 road loss against Wolverhampton last time out. Prior to that loss, the Irons were 4-1-0 over its previous four road matches.

We like West Ham as a +1.5 underdog in this spot. Manchester City’s offense isn’t as explosive as it has been in past years, and each of West Ham’s three losses this season have all come by only one goal. Look for City to win by one goal, or even for West Ham to steal a draw.

Chelsea (9-2-1) currently has the best record in the Premier League, the second-best offense with 30 goals scored in 12 matches, and the best defense in the league having only conceded four goals through those 12 games. The home club in this match is 5-1-0 over its last six games since suffering its only loss of the season, which came to Manchester City back on September 25.

Manchester United (5-2-5) suffered a humiliating 4-1 loss to lowly Watford last weekend, prompting the club to sack manager Ole Gunnar Solskjaer. Optimism was high at Old Trafford when United got off to a 4-1-0 start to the 2021-22 season and reunited with star striker Cristiano Ronaldo, but the club has gone just 1-1-5 over its last seven matches and Ronaldo has only one goal over that stretch.

United may figure things out under interim manager Michael Carrick, but that won’t happen this weekend against an elite team like Chelsea. Back the Blues to win at home and keep their spot atop the EPL table.