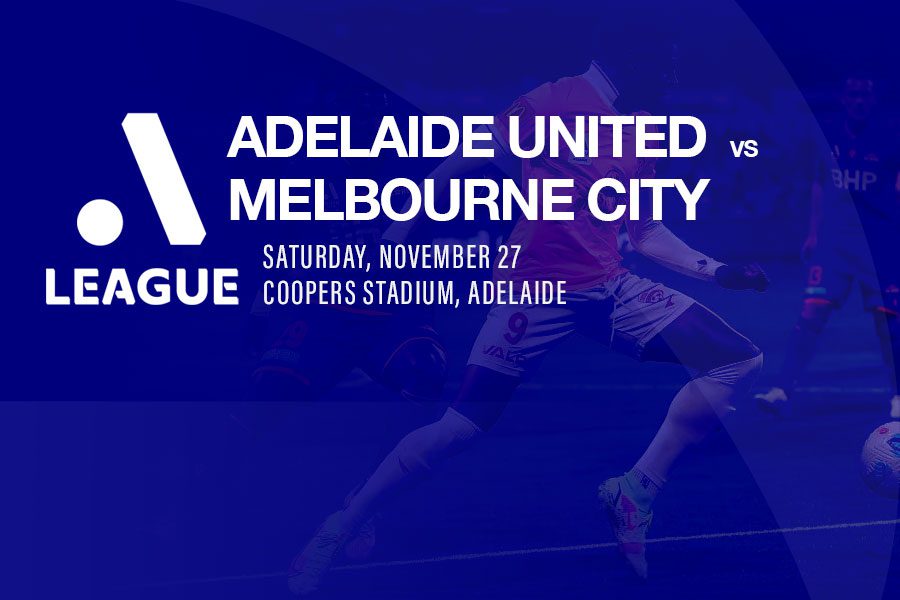 Reigning champions Melbourne City are set to travel to Coopers Stadium for a clash with Adelaide United on Saturday night in what is the headline act during Matchweek 2 of the 2021/22 A-League Men season. BettingSite’s soccer expert presents his best bets and match analysis of two of this season’s key title winning chances.

A trip to Perth in Matchweek 1 saw Adelaide United return home with a point following a 1-1 draw after going up in the first half. They will be buoyed upon their return to a venue where they have won their past three clashes with Melbourne City, who have not beaten United on their own patch since December 2018. That stat is countered by the fact Adelaide have won just one of their last five matches in front of their home crowd.

Having had the majority of possession against Perth and the early 1-0 advantage, United will be confident they can build on that effort when they face this all-conquering Melbourne City lineup. For what they possess in midfield and attack, it will be their defence that comes under the most scrutiny with City having the likes of Andrew Nabbout, Jamie Maclaren and Matthew Leckie in attack, all of whom have represented Australia in recent times.

None of that City front three were able to hit the scoresheet last week, which should leave Adelaide fans and players alike a touch worried ahead of Saturday’s clash. Maclaren found the back of the net 25 times from 24 appearances for City in last year’s A-League season, and considering the off-season signing of Leckie and the improving partnership alongside Nabbout, goals should not be an issue for this City lineup.

With Australia Under-23 keeper Tom Glover between the sticks and a backline led by Scott Jamieson and Scott Galloway, City are more than a one-trick pony and will be looking to remain undefeated following their 2-1 win over the Brisbane Roar last week.

Melbourne City’s first half against Brisbane signalled their intent when heading into the break as 2-0 leaders, and that was without any of their attacking three finding the back of the net. Despite conceding a late goal, City never looked like losing on opening night, and a similar performance on the road could spell trouble for this up-and-coming Adelaide United side. Despite their ordinary recent record at Coopers Stadium, the $10 on offer for City to win 2-0 is hard to ignore.

Jamie Maclaren is simply too good for the A-League, and we are sure he will find his name on the scoresheet following a rare goalless outing in Matchweek 1. With 48 goals from his past 47 games, we expect the Socceroo to be the one to kickstart Melbourne City’s bid to claim all three points at Adelaide for the first time in three years. He is the club’s penalty taker, so whether it be from the spot or open play, Maclaren looks to be the smart choice at $5 for the first goal of the night.