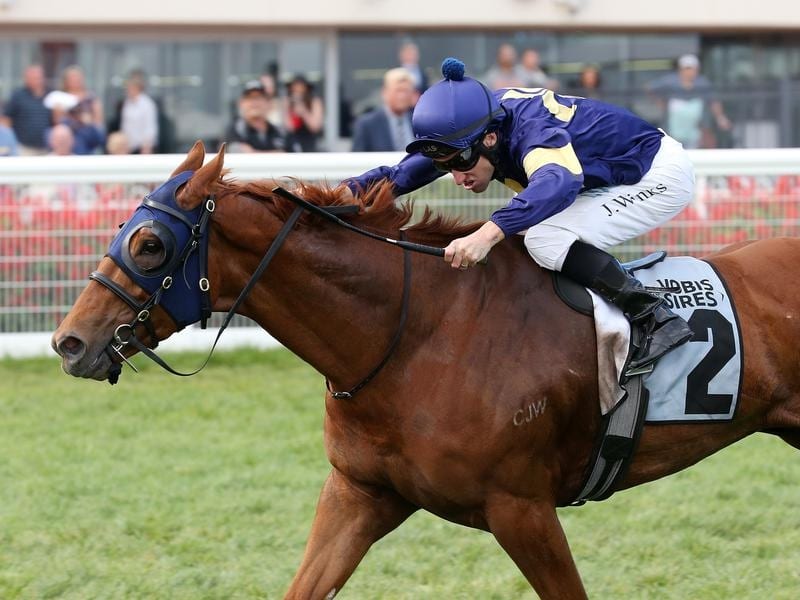 Mahamedeis will return to the VOBIS Gold meeting to try to pick up another rich race.

Trainer Nick Ryan has the choice of a couple of races for stable favourite Mahamedeis at the rich Victorian Owners and Breeders race day at Caulfield.

The Caulfield trainer resisted the temptation to start Mahamedeis in a handicap over 1600m at Caulfield on Saturday preferring to wait an extra week to have the gelding in peak order.

Saturday’s outing will be the second run from a break for Mahamedeis after he resumed at Caulfield on April 4 over an unsuitable 1000m.

Although Mahamedeis finished last, Ryan was pleased with his run with the gelding 4-1/2 lengths from the winner Diamond Heist.

Heading into Saturday, Ryan is looking to Mahamedeis’ second-up record which is three wins and a placing from five attempts.

“It was always going to be too short for him first-up so it was like a barrier trial for him, but it sets him up nicely for VOBIS Gold Day at Caulfield,” Ryan said.

“I had him ready for the Golden Mile at Bendigo (March 28) but he didn’t get a run when he was first emergency and there wasn’t a scratching.

“I’m actually glad he didn’t get a start because the way the track played that day he would have finished midfield at best.

“He’s in super order but I’m not sure whether I’ll run him in the mile or the 2000, so I’ll make up my mind after he gallops during the week.”

Mahamedeis won at the corresponding meeting in 2018 taking out the VOBIS Sires Guineas (1600m) before eventually going to Brisbane, where he ran fifth in the Queensland Derby.

Last year he won a 1600m-race at Caulfield before running sixth in the VOBIS Gold Heath won by Mr Quickie who went on to run third in the South Australian Derby before winning the Queensland Derby..

Ryan is heartened by the forecast for fine weather early in the week although rain is forecast in the lead-up to Saturday.

“I don’t want too much rain for him as he’s got older,” Ryan said.

“Brett Prebble rode him in the Cantala and said he didn’t really handle it.