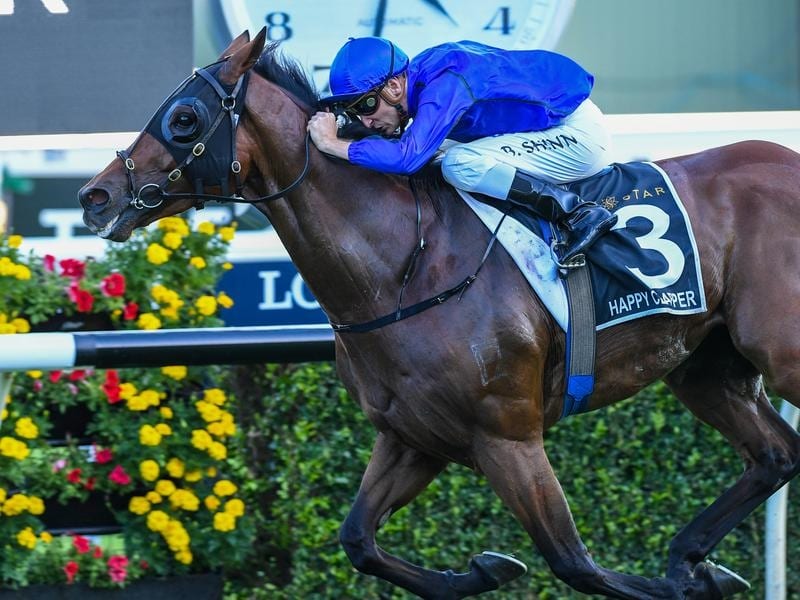 Webster has been training at Randwick for 50 years but it was Happy Clapper who put him on the national stage with his not only his wins, but his gallant placings chasing Winx home over four seasons.

As a young horse, Happy Clapper suffered a serious leg injury when he was spooked by a fox at trackwork but he came back under Webster’s watchful eye to win 12 races highlighted by the 2018 Doncaster Mile.

“Of all the races, the Doncaster was the best for me,” Webster said.

“I’ve spent most of my life at Randwick and that race is THE race.

“To win the Villiers was great. To win the Epsom because it’s a Group One was fantastic. But to win the Doncaster is something else again.

“It is the race I have always wanted to win.”

Webster has been self-isolating at his NSW Central Coast property since the coronavirus pandemic restrictions were introduced and missed Happy Clapper’s last run.

The trainer credits Happy Clapper with keeping him in racing and although he admits retirement is around every corner, he is not quite ready yet.

“I’ve got five horses in work for Gerry Harvey,” he said.

“I don’t think there’s a Clapper but we’ll just see how we go and review it later in the year.”

In the meantime, Webster plans to send Happy Clapper to ex-jockey Mal Fitzgerald who operates a facility for Racing NSW, retraining retired racehorses at Oxley Island near Taree.

“I’d like to send him there first and Racing NSW plans to have a place like Living Legends has in Melbourne, so when that’s ready that’s here he will go,” Webster said.

“I don’t think he will be retrained for anything else.

“He deserves to be living a life of leisure and hopefully people will get to visit him and others.”

Happy Clapper banked more than $7 million for his owner with 12 wins and 18 placings from 48 starts.

His last win was in the Group Three Craven Plate (2000m) in October.