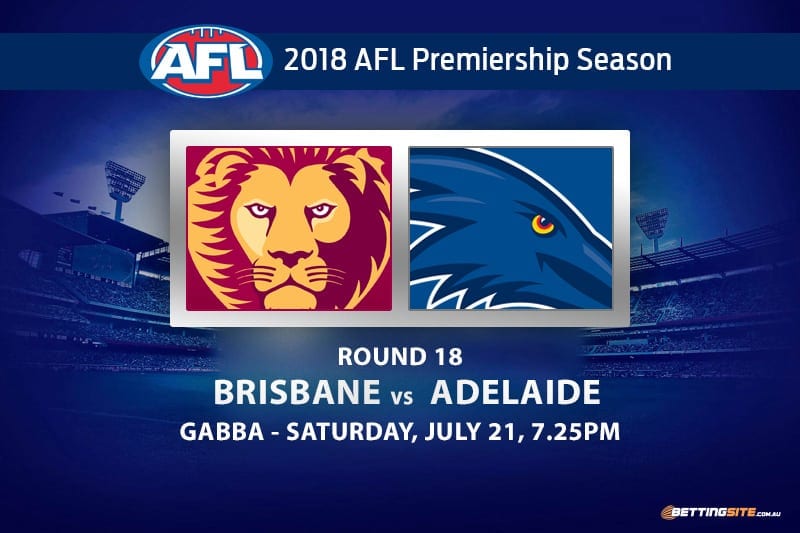 The Crows will attempt to cling to their faint finals hopes when they travel to the GABBA on Saturday to take on the surging Brisbane Lions.

The Crows will be in quite the predicament this week as their skipper Taylor Walker will miss the match due to a high hit on Zach Tuohy last week. The side will also miss key defender Daniel Talia, who is healing his fractured shin.

Believe it or not, the team with the longest winning streak is the Lions, who comes into the match on the back of three straight victories. Head coach Chris Fagan would be ecstatic with how well his young side has battled in the last month, and they will be quietly confident about this week’s match too.

The young Lion’s midfielders have played well, but it has been the senior stars who have lead the way. The likes of Dayne Beams and Stefan Martin have been instrumental in the last three weeks, solidifying themselves as some of the best players in the league.

The good news for the Crows is that marking forward Mitch McGovern is a chance to return from an ankle injury for his first game since round 8.

Luke Hodge will push for selection in Brisbane after missing last week due to a knock he received while training, this was the day before their win over the Hawks. Hodge’s experience and levelled head will be a great asset for the Lions this week.

Let’s take a look at the tips we have provided for this Saturday night clash between Brisbane and Adelaide.

Brisbane Lions vs. Adelaide Crows Round 18 – First to Tips

Starting off well has been a strong factor for the lions during their winning streak. When they played the Blues a fortnight ago, they kicked eight of the first 10 goals. We understand the Crows are the better team on paper and have more to play for, but we still think the Brisbane boys can get off to a stronger start.

Brisbane sit ahead of the Crows in the goal accuracy category, which leads us to go for the favourites this time. In situations like these, we’ll give Brisbane the goal-kicking edge as Adelaide come to terms with the conditions.

Adelaide is coming of a 30-goal match and the Lions are fresh from a 24 goal game in Tasmania. If you make your decision based off last week’s games, we think the better option on this occasion is overs. The Lions have played in some of the highest scoring matches of the year. If the ball movement is slick, than both sides will be able to score heavily.

Total behinds in the first half

Out of all the players that are playing this week, Cam Rayner has been the first goal scorer on the most occasions and we think he will do it again. With the power and confidence he brings to the Lions forward half, it is evident that the young Dustin Martin clone can turn it on at the push of a button. If the ball enters the Lions forward 50 first, keep an eye on Cam, his goal sense is outstanding for a first year player.

This will be the straw that breaks the Crows’ back. The Lions will upset the Crows as they continue along with their winning streak, building confidence for the future. We’re expecting Adelaide to struggle without its captain and relent on its bid to squeeze into the 2018 finals.