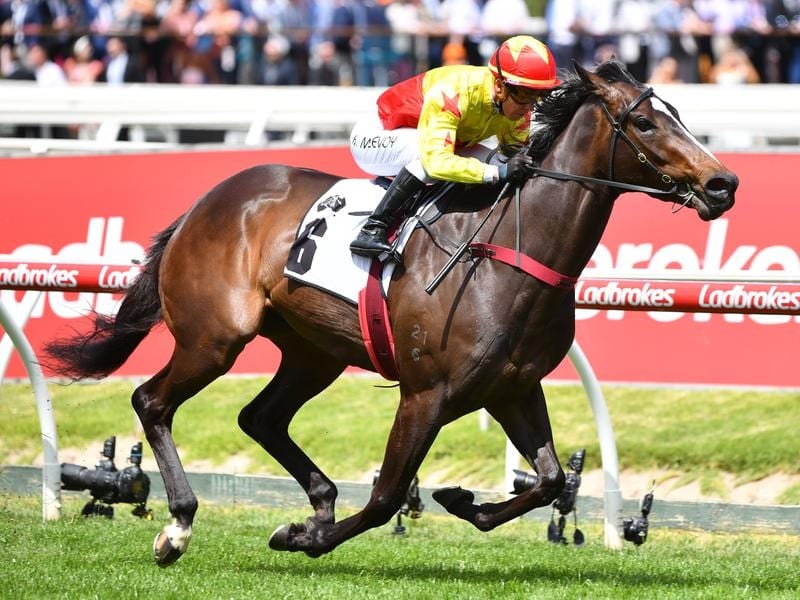 Peter Snowden says a trip to Brisbane during winter has been the making of California Zimbol who recorded a soft win on her Melbourne debut at Caulfield.

Snowden, who trains in partnership with his son Paul at Randwick, sent California Zimbol to Brisbane after her debut win at Canterbury in May.

While winless in two outings, Snowden said the trip had the desired effect with the filly now an impressive worker when lined up against quality stable companions.

“Going to Brisbane really toughened her up, really seasoned her,” Snowden said.

“She’s eating better and she’s a lot more relaxed than she used to be and she’s really come on over the last month or two.

“She’s really jumped out of the ground.”

Snowden said California Zimbol would remain in Melbourne for another race during the spring carnival with the Group One Coolmore Stud Stakes at Flemington on November 2 to be considered.

“If I got really optimistic then it would be the Coolmore,” Snowden said.

“I’ll make my mind up in the next week or two whether to go to that or stay in her own grade, but going down the straight wouldn’t be a problem for her.”