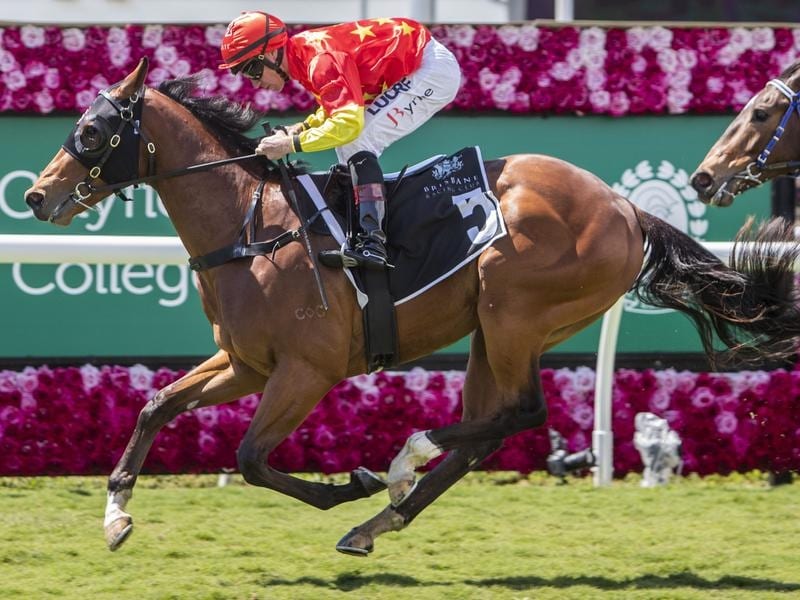 Two-year-old Strike has lived up to his Sydney barrier trial form with a debut win at Eagle Farm.

The Snowden training partnership will be regular visitors to Brisbane chasing QTIS bonus money after their colt Strike scored at Eagle Farm.

Sydney-based Peter and Paul Snowden are regular visitors to Brisbane with their two-year-olds but usually later in the season.

However, this season the Snowdens have some two year old which are eligible for the QTIS bonus payments which are in effect for Queensland-bred horses.

The Snowdens paid $150,000 for Strike, who is a brother to Magic Millions Guineas winner Boomsara, at the January sales this year.

He had shown his ability by winning a recent Randwick trial and punters sent him out a $2 favourite.

The colt earned total of $62,700 in prizemoney and bonus payments for his win.

Stable representative Tom Quinn said the Snowdens were keen to chase QTIS bonus money and it was a relatively short trip to Brisbane.

“We came up Wednesday night and we are back home on Sunday morning,” he said.

Jockey Jim Byrne continued a big week riding his seven metropolitan winner of the week after a Doomben double on Monday and four winners at Ipswich on Wednesday.

“He was a bit green but it is amazing how young horses improve with a trip away. He has done a good job today winning on a track he had never seen before,” he said.