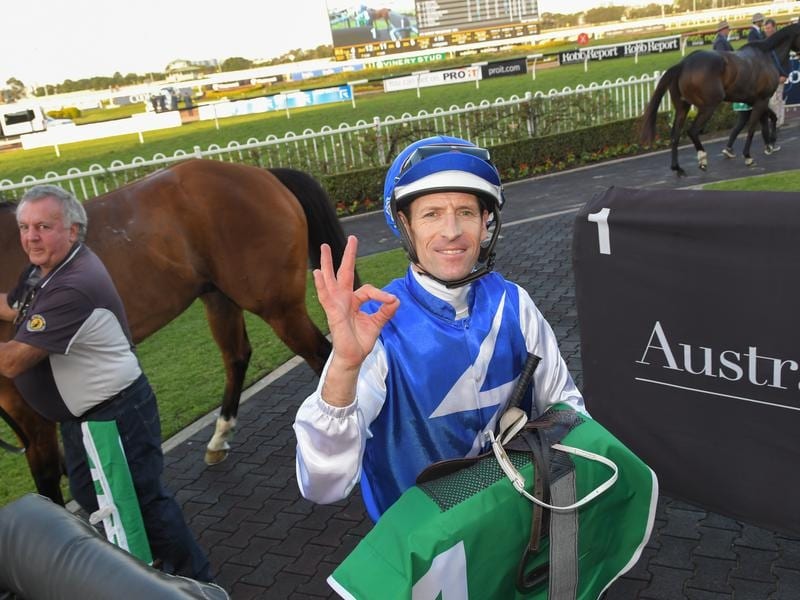 Brown will saddle up Exasperate in Saturday’s Industry Recognition Race Day Handicap (1800m) and he isn’t bringing the five-year-old north to make up the numbers.

The trainer’s last trip to Sydney was in the autumn when Firstclass Dreamer failed to handle a heavy track in the Tulloch Stakes and was well beaten.

But Brown is much more upbeat about the prospects of Exasperate, particularly given the key booking of champion jockey Hugh Bowman.

Exasperate has been ultra consistent this campaign, missing a place just once in eight runs, his latest effort a narrow second to Bedford over 1700m at Caulfield.

“His worst run this prep has been a fourth and that was due to bad luck so he’s very consistent and very honest,” Brown said.

“It’s a little bit tricky to measure it up but his last start at Caulfield, Bedford beat him and they had really high hopes for it early days and they think they’ve got him back flying at the moment, so we were probably beaten by a pretty handy one last start.

“If he takes that sort of run and form up there, especially given Hugh Bowman’s pretty happy to ride him, I’d like to hope he’ll be fighting out the finish.”

Exasperate will leave his Victorian base on Thursday night to make the road trip to Sydney and Brown has given the horse a solid grounding for his local debut with several trackwork gallops in the clockwise direction.

In a busy weekend for the trainer, Brown will also have three runners at Moe, while Miss Skeptical and Kalalo have been accepted for races at Moonee Valley on Saturday and Sandown on Sunday with the trainer still weighing up where they will run.