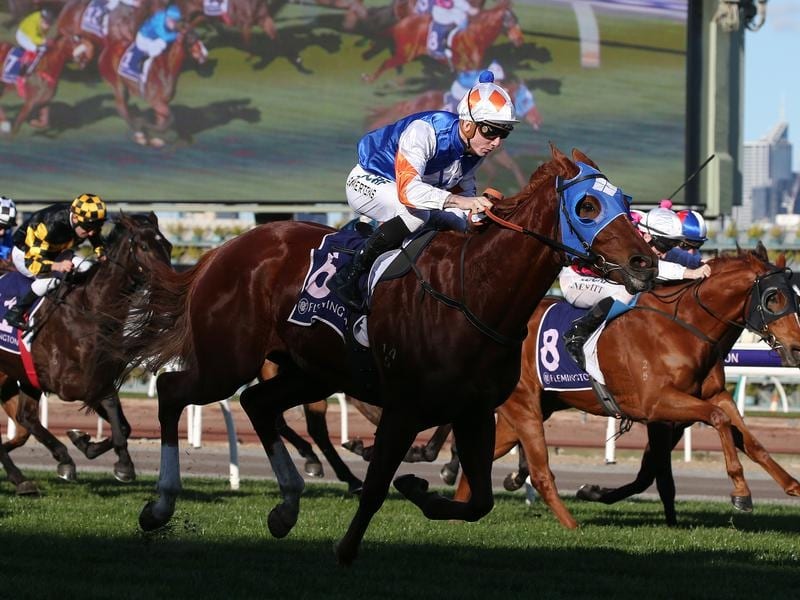 Promising Twilight Run will have his spring program sorted after running at The Valley.

Trainer Kevin Corstens will know more about the spring bona fides of Twilight Run when the lightly raced galloper runs out of his class at The Valley.

A two-time winner from seven starts, Corstens will test Twilight Run against open company in the Dynamic Print Group Handicap.

An explosive last-start winner at Flemington, Corstens holds Twilight Run in high esteem and plans to nominate the gelding for the spring majors.

“This will give me a guide of how he handles the track and where we might go to,” Corstens said.

“On his work and the way he won his race at Flemington, I thought I’ve got a bit of a horse here and the whole idea is to aim him at those (spring) races.

“If he shows he’s good enough, we might as well have a crack as spring only comes around once a year.”

Corstens has a spring path in mind for Twilight Run, but said it was not set in concrete.

And part of the reason for Saturday’s first open company attempt is to build on gelding’s 73 rating which Corstens said would make it easier getting into races on the way through to his spring goals.

Corstens said Twilight Run’s only try at a similar trip was a fifth placing in the Tasmanian Derby (2200m) in February when ridden by apprentice Liam Riordon.

That outing came at the gelding’s fifth start and at the end of his first preparation.

“No discredit to Liam, but Liam probably got a bit excited on him and may have gone the early crow,” Corstens said.

“I think run the race again with a senior jockey that’s a little more level headed and it might have been a different result.”

With access to the beach at Balnarring as well as Cranbourne for gallops, Corstens said Twilight Run was in top shape.

Punters have also been taken with what Twilight Run has to offer.

He has firmed from $4.20 to $3.30 favouritism since fields were declared on Wednesday.