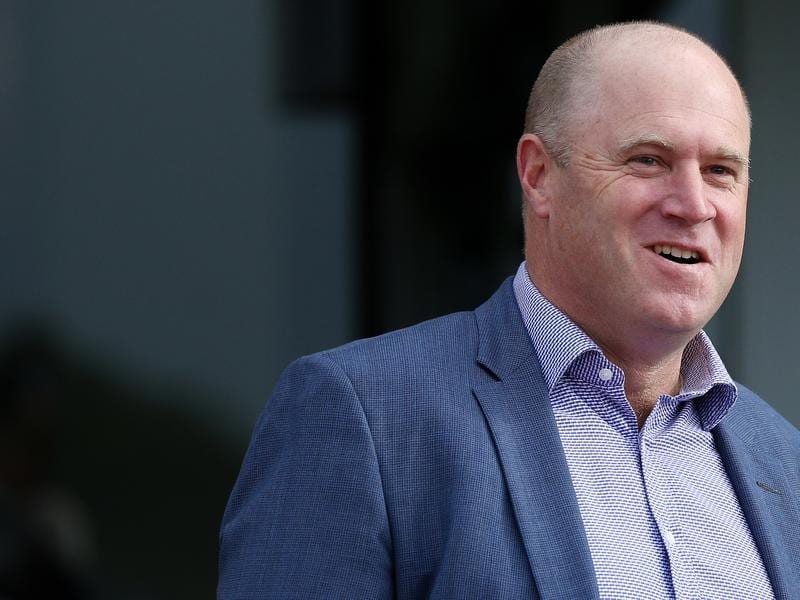 Danny O’Brien is confident resuming filly Absolute Flirt has been placed to advantage at The Valley.

Absolute Flirt has to give her rivals weight in a season return at The Valley but trainer Danny O’Brien is still expecting a bold showing from the stakes-winning filly.

Saturday’s Hygain Tracktorque Handicap (1000m) on the opening weekend of the 2018-19 season features a field of eight with Absolute Flirt, who has 59kg, one of three stakes winners in the line-up along with some other promising three-year-old fillies.

Absolute Flirt won two of her five starts during her juvenile season, beating one of Saturday’s rivals Taraayef at Sandown in April before taking out the Listed Queen Adelaide Stakes at Morphettville.

She resumes for her first start since her second in the Group Three National Stakes in Adelaide in May and pleased O’Brien in a jump-out at Flemington last Friday in which she finished second to multiple Group One placegetter Fundamentalist.

“She has obviously been very good every time we have taken her to the races and she seems to have come up nicely for the spring,” O’Brien said.

“I’m looking forward to having a look at her on Saturday.

“She looks great and she trialled well. I’m sure she will run well.

“It is a good little race. There’s a couple of handy fillies in there and we’ve got to give them all weight so it’s still going to be a difficult enough race to win.

O’Brien plans to keep Absolute Flirt to sprints and has pencilled in the Group Three Quezette Stakes (1100m) at Caulfield on August 17 for her first stakes assignment of the season should things go to plan on Saturday.

Absolute Flirt was the $4 second favourite on Thursday behind speedy filly Jedastar at $3.70.

With only a small field, O’Brien has elected to run Skiddaw in the Sheamus Mills Bloodstock Handicap (1000m) for colts and geldings rather than give him a jump-out at Flemington a day earlier.

O’Brien said Skiddaw had shown talent but had also disappointed a couple of times on race day and was still a work in progress.