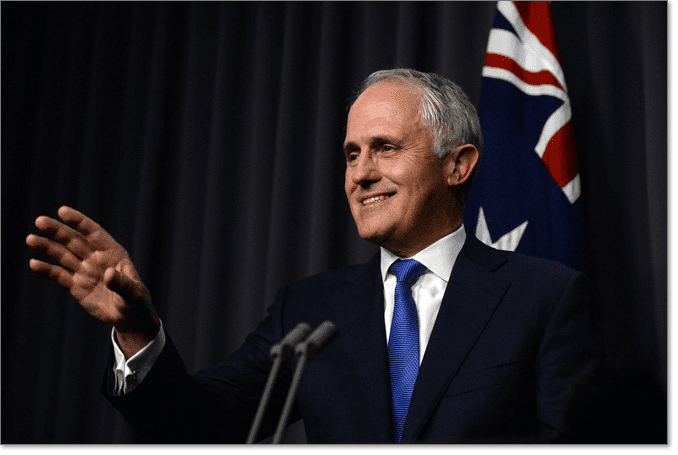 ANOTHER shake up of the Australian political system could be just around the corner, with Sportsbet.com.au installing a double dissolution election at the short price of $1.27 to occur.

The ABCC bill, which most experts are suggesting will be rejected by the senate, will be the ‘trigger point’ that will likely cause a double dissolution election.

The Australian Building and Construction Commission was axed by Kevin Rudd’s government in 2007.

If the bill was to fail to make it through, the senate Prime Minister Malcolm Turnbull said it will trigger a double dissolution election.

The last time the Australian political system saw a double dissolution election was back in 1987.

“The time has come for the Senate to recognise its responsibilities and help advance our economic plans, rather than standing in the way,” he said.

If a double dissolution was to occur, the Prime Minister stated that July 2 would be the date this would take place.

If the bill passes, a September election is the likely outcome.

A ‘yes’ to the double dissolution is as short as $1.27 with Sportsbet to go ahead, with ‘no’ blowing out to $3.50 in the wake of the ABCC announcement.

The online bookmaker also believe Mr Turnbull will retain his position as the Prime Minister of Australia.

The Coalition is a short $1.17 to win back-to-back terms with Turnbull the $1.02 favourite to lead them into the next election.

Despite the unwavering confidence in the Coalition, the punters are putting their faith in Labour.

The majority of wagers on the outcome of the election (54%) have been placed on a Bill Shorten-led Labor to lead the country at the conclusion of the next election.

Will the ABCC legislation pass?

Will a double dissolution occur? Browne now has the option of submitting his own second sample, the cost of which would come out of his own pocket.

Clenbuterol is the same substance that saw Collingwood duo Josh Thomas and Lachlan O’Keefe banned from the AFL for two years.

Browne faces being stripped of his title if he is unable to successfully overturn the LVADA positive finding, which

Browne tweeted on Tuesday morning that he is ‘shocked’ by the news and will be ‘seeking legal advice’.

The immediate future of Browne is unknown, with William Hill electing to suspend all markets on Big Daddy until the matter is resolved.

Sportsbet still has a market on a potential match up against English heavy-hitter Tyson Fury, with the Australian the $8.00 outsider to win the bout if it were to ever go ahead.