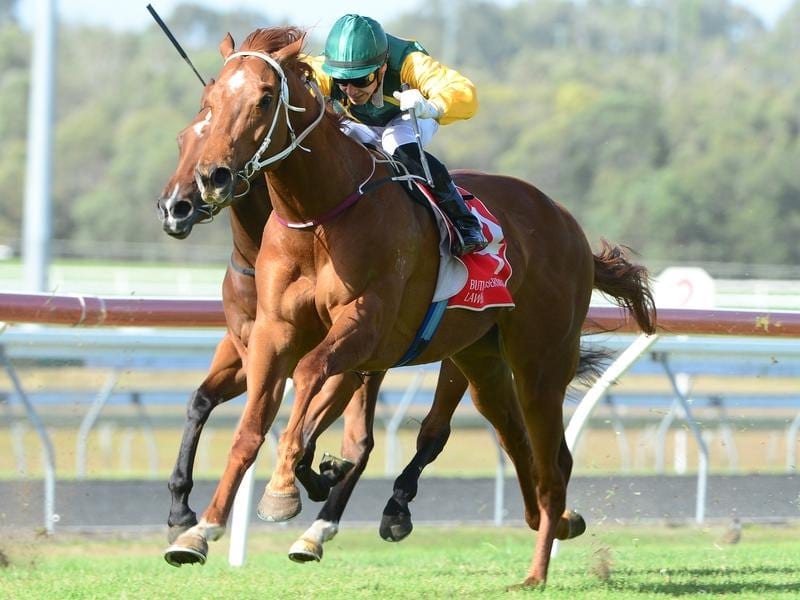 Trainer Paul Nolan is looking for another bonus with Spending My Time at the Sunshine Coast.

Toowoomba trainer Paul Nolan Jr hopes he will again be able to sing the praises of the QTIS bonus scheme at the Sunshine Coast.

There has rarely been a happier trainer than Nolan when Spending My Time scored by a nose from Racecourse Road at the track last month.

Nolan has been having a good run of success and won at Toowoomba on Sunday with I Am The Warrior but there is no doubting who is his stable favourite.

“I had been trying for 15 years to win a Saturday QTIS race and it was a real thrill when Spending My Time got up in the last stride,” Nolan said.

“It was my first metro winner for a good while. You don’t realise what a thrill it is to get a metro winner when it’s been so long and with the bonus it means the pay day was about $70,000.

“A QTIS bonus is a great boost for little trainers like me and it is just a matter of hopefully winning one.”

Nolan is one of the Darling Downs famous Nolan family and his father Paul Sr and brother Michael have been leading trainers for decades.

Paul Nolan Jr names all his horses after famous songs including Tragedy, We Built This City, Keep On Loving You and Hold On.

Racecourse Road will again be among Spending My Time’s rivals and trainer Chris Munce is hopeful a better barrier will help him turn around his last-start defeat.

“He just had to do a bit too much work from a wide barrier first-up,” Munce said.