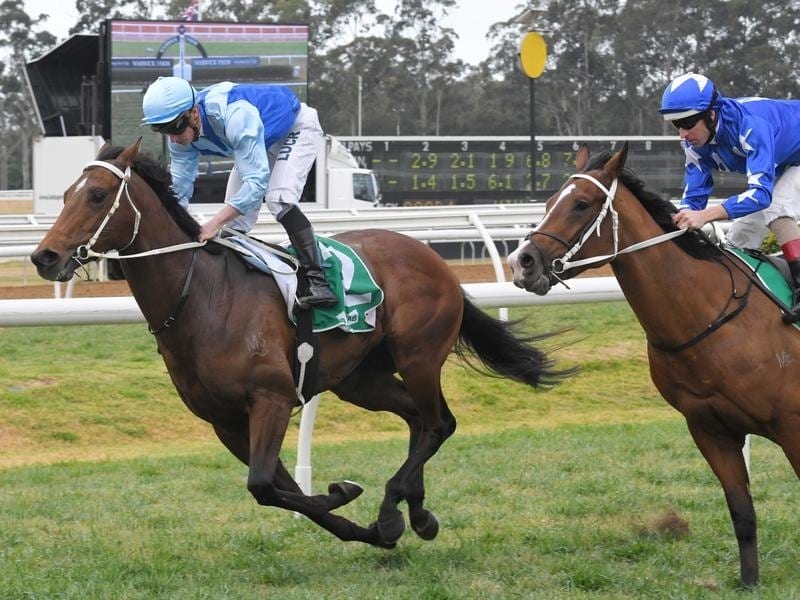 Tarka will bid to further strengthen his Derby claims via the Gloaming Stakes at Rosehill.

What he lacks in size, Tarka more than makes up for in ability.

The colt is now trainer David Payne’s sole chance to claim back-to-back wins in the Victoria Derby after a trackwork injury to stablemate Toulouse.

Payne won the 2017 Derby with Ace High and Tarka will follow the same path to the blue riband via Saturday’s Group Three Gloaming Stakes (1800m) and the Group One Spring Champion Stakes (2000m) two weeks later.

Tarka has earned favouritism for Saturday’s Gloaming at Rosehill courtesy of three wins from his past three starts, form his trainer admits originally surprised him.

“He has just kept stepping up,” Payne said.

“It is a small field but it’s not an easy race. There is the horse of Gai’s and the one from Victoria.

“But this bloke is tough. He is small but he does everything right and this is a good test for him ahead of where we are going.”

The Gloaming field was reduced to five on Friday with the scratching of the John Sargent-trained All Things.

Tarka was the $2.70 favourite on race eve ahead of the Hawkes Racing-trained Irukandji at $4.40 and Tavirun, trained by Trent Busuttin and Natalie Young at Cranbourne at $4.80.

The Gai Waterhouse and Adrian Bott-trained Thinkin’ Big was at $7 with $7.80 chance Panzerfaust from Paul Messara’s stable rounding out the field.

By All Too Hard, Tarka is out of Gavika, an unraced sister to South African champion Igugu.

Gavia is the mother of Zarinia, the dam of Honorius who Payne trained to run second in the 2012 Gloaming and third in the Spring Champion with both races won by (It’s A) Dundeel.

“There are a lot of similarities between Tarka and Honorius who was also a tiny horse,” Payne said.

“Honorius was placed in a (Queensland) Derby so hopefully this one can do even better.”