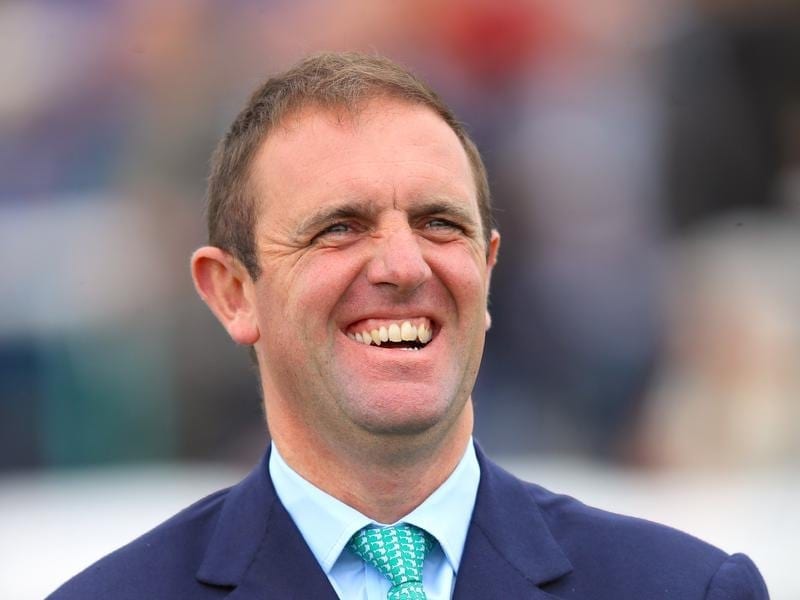 Trainer Charlie Appleby has arrived in Melbourne to oversee his first carnival runners at Caulfield.

Charlie Appleby has a strong team of horses targeting Melbourne spring carnival features again this year and is hoping the campaign can begin in winning fashion at Caulfield.

Appleby has arrived in Melbourne to oversee the pair and says the performance of Jungle Cat will be telling whether he steps up to 1600m-races after Saturday or drops to 1200m.

He did not dismiss a tilt at the $13 million Everest in Sydney if this year’s Group One Al Quoz Sprint winner should win and spark interest from the lone slot holder yet to confirm a runner.

“If he was to win tomorrow then for sure it’s going to be put on the radar,” Appleby said.

“But in respect to have there been any discussions about it, no.

“Because we’re here to sit on the fence and let these horses go out there and get a feel for it.

“We’ll know either way whether we’re going to be stepping up or dropping back in trip after tomorrow.”

Fellow Godolphin-owned Home Of The Brave, who is trained in Australia by James Cummings, is a candidate for the Everest slot held by Max Whitby and Neil Werrett after the import was dominant in the Theo Marks Stakes last start.

Home Of The Brave is favourite for the Rupert Clarke and having beaten Jungle Cat in Europe, Appleby said he was definitely the horse to beat.

Jungle Cat won three times in Dubai earlier this year and the Rupert Clarke has been a long-range aim.

“I feel the track will suit him and the surface will suit him. He’s prepped up well and he’s travelled well,” Appleby said.

“We’ve got Home Of The Brave to beat, on my calculations anyway. (But) I’m looking for a good run from him for sure.”

James Doyle will ride Jungle Cat and Folkswood who is one of the leading contenders for the MRC Foundation Cup despite a wide draw.

“We’re pitched out a bit wide tomorrow which makes it a bit more challenging for us, but I’m expecting a big run from him,” Appleby said.