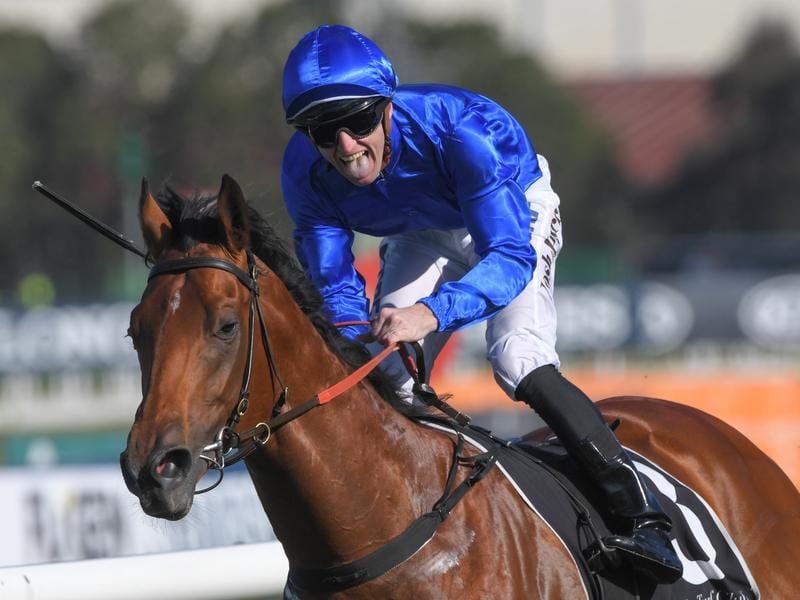 Bivouac is the favourite for the Golden Rose following his Run To The Rose win on September 14.

If Bivouac can get the job done in the Golden Rose at Rosehill, trainer James Cummings would not rule out a tilt at the $14 million Everest.

Hallowed Crown was trained by Cummings before he joined Godolphin in partnership with his grandfather Bart.

Bivouac is the raging favourite following his win in the Run To The Rose on September 14.

Although the distance is an unknown for Bivouac, he has won two of his three starts this campaign to be at $3.10 for the Golden Rose.

He was beaten in the San Domenico Stakes by the Hawkes Racing-trained Exceedance, who is the $4.60 second-elect.

The Chris Waller-trained Yes Yes Yes is $5 and Yao Dash, trained by Gai Waterhouse and Adrian Bott, has firmed from $8 to $5.50.

“This race gives Bivouac the opportunity to prove himself as the best colt in Sydney,” Cummings said.

“He beat himself in the San Domenico and then showed his right form last start.”

“But that win was less about redeeming himself than about advancing himself.

“He had already shown he was a superior colt in his two-year-old campaign.

“There has got to be something said about the quality he has shown.”

Cummings said Bivouac could be in the mix for The Everest on October 19, with Godolphin yet to choose a horse to fill its slot.

It also has 2018 placegetter Osborne Bulls, Alizee, Home Of The Brave and Trekking as possible Everest runners.

“We don’t have to make a decision until the Tuesday before the race,” Cummings told Sky Racing.

“The Golden Rose is very much a fork in the road race for this horse.

“If he gets up and wins the Golden Rose, it has to be on the table.

“We will enter horses for the Sydney Stakes on the day and those horses are eligible for late call-up to The Everest like Osborne Bulls last year.”

James Harron has yet to choose a runner for his Everest slot while the other vacant place owned by the Melbourne Racing Club will be offered to the winner of the Schillaci Stakes at Caulfield on October 12.