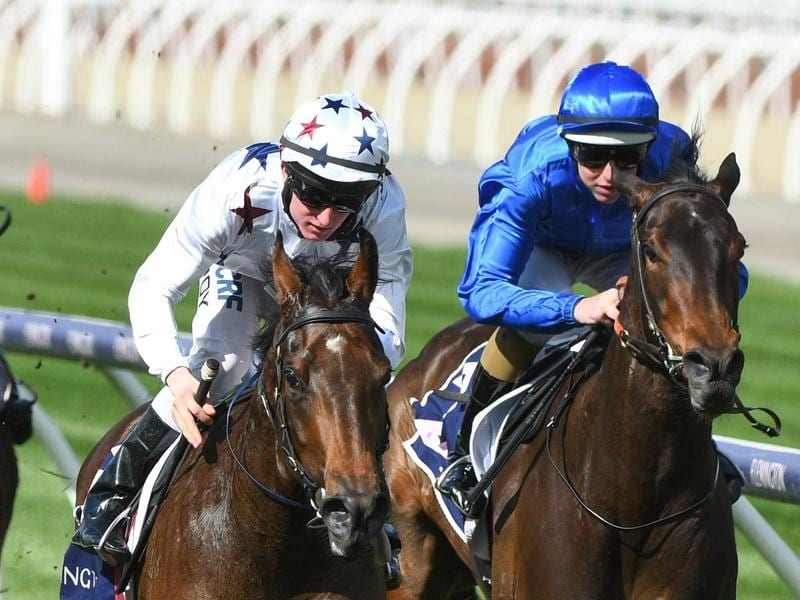 Trainer Tony McEvoy hopes Sisstar’s victory at Flemington is the entree to a bigger dish later in the week.

Sisstar is the younger sibling of multiple Group One winner Sunlight, who runs in Friday night’s Group One Moir Stakes at The Valley.

Living in the shadow of her big sister has resulted in Sisstar not living up to the lofty expectations placed on her, but Wednesday’s win in the Cup Week Handicap at Flemington was her second after her victory at Murray Bridge on September 8.

“Hopefully it’s the start of a good week in these colours,” McEvoy said.

“I was really impressed with this filly today.

“She’s got a very awkward style about her and has a lot to learn but she relaxed in the middle stages and then gave a kick at the end which was impressive.”

McEvoy said he took a lot of heart from the feedback jockey Barend Vorster gave him after Sisstar was successful at Murray Bridge.

“He gave her a really good report after that race, which gave me the confidence to come to a race like this,” McEvoy said.

“The middle stages, the way she relaxed, I think we can step her up a little further so we might go back to a little bit of black type now.”

McEvoy indicated the Group Three Thoroughbred Club Stakes at Caulfield on October 12 and the Listed Crockett Stakes at The Valley two weeks later were on Sisstar’s agenda.

The trainer said Sunlight faced a stiff test to win her third Group One race on Friday night.

“All the speed is barriers one, two, three so it’s going to be very tough,” McEvoy said.

“I’m interested to see how the race maps for her.”