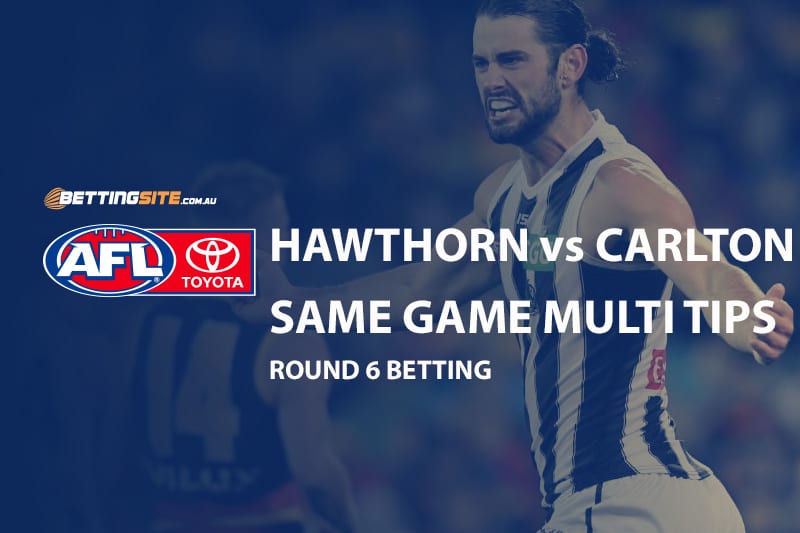 The first of two matches on Sunday will be between the Hawthorn Hawks and the Carlton Blues in Tasmania.

Blues fans barely knew how to react last week when their side secured their first win of the season against the Bulldogs.

Many players were fantastic in the win and will enter this match full of confidence.

Hawthorn played in its traditional Easter Monday match with Geelong and while they put up a fight despite injuries, they lacked the class to win the match.

In positive news for the Hawks, Liam Shiels and Ben Stratton return to tackle the Blues, while Carlton brings in Charlie Curnow.

It would be fair to say that the Hawks are the better team, but the ladder would suggest they are closer than you think, as the Hawks only sit two places above the Blues, sitting 13th and 15th.

Anything can happen in season 2019, so watch as the Blues put up a huge fight against the Hawks in Tasmania this Sunday afternoon.

Although the Blues have the momentum of last week behind them, it will not mean a thing when they fly south to battle the Hawks.

The Hawks play extremely well at UTAS, which has become a home away from home for the great club.

Carlton will fail to meet the expectations it has set itself prior to this clash, as Stratton and Shiels will be too good of an inclusion to handle.

The value in the multi comes from the second leg, Mitch Lewis to kick a goal. The centre-half forward for the Hawks is a known goal kicker in the VFL and slotted one last week too.

Patrick Cripps appears to be the best midfielder in the competition at this point of the season. When Cripps goes forward, he impacts the contest.

With a few more midfielders playing well, the Blues can afford to send Cripps forward, which we think they will do multiple times this week.

In four games, Scully already has boosted his average disposal count to 21, which will only rise as he continues to recover from his past injuries.

With another match under his belt, Scully will be confident enough to start racking up monster disposal tallies.

Sam Walsh is the best talent to come through the draft in many years. With an average of 24 disposals in his first five matches, Walsh has built his form in the past fortnight.

26 last week and 28 the week prior, Walsh is ready to consistently get above the 25 mark and become a genuine premium midfielder.