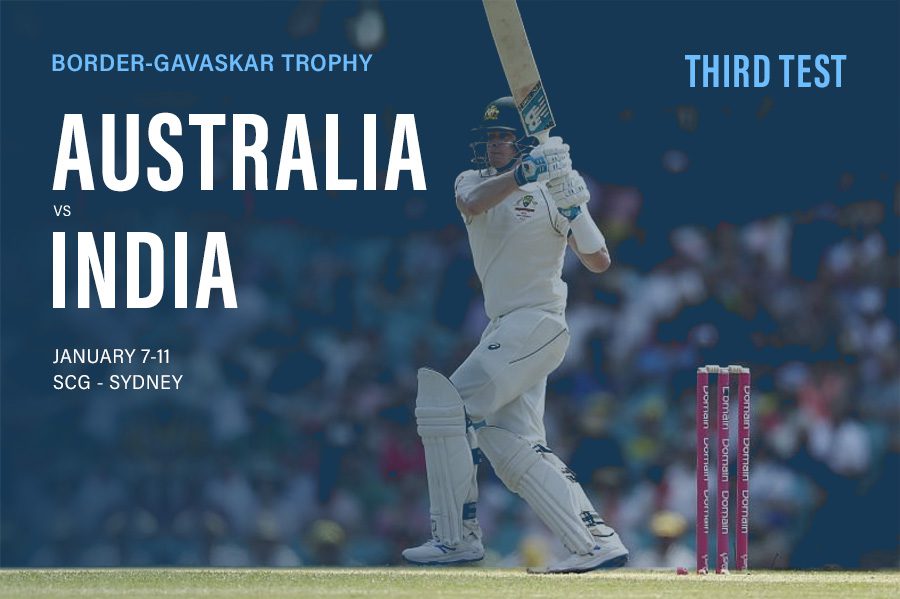 India put together an enormous effort in the Boxing Day test to tie the series at 1-1, meaning the Aussies and Indians will be playing for the lead in the third test being played at the SCG from Thursday, January 7.

The biggest talking point in the lead up to the third test is who Australia selects to play, with opening staple David Warner and young star Will Pucovski pushing to play.

With Joe Burns officially omitted from the Australian team, the Aussies must make at least one change, with onlookers expecting Matthew Wade and Travis Head’s spots to be in strife.

Warner has trained well, but claims he won’t be at full strength, but has indicated he is willing to put his body on the line for the team.

There has not been a more anticipated debut than Pucovski’s, who at 22-years-of-age already has big expectations spanning from his excellent form at Sheffield Shield level.

You cannot take anything away from the Indians after their inspirational performance in the Boxing Day Test, where Ajinkya Rahane captained the squad beautifully in the absence of Virat Kohli.

Shubman Gill and Mohammed Siraj made their debuts in outstanding fashion for India, with Gill a solid contributor in the top order and Siraj taking five wickets.

Even though the Indians managed to level the series in Melbourne, the complete capitulation in Adelaide will still be in the back of their minds.

Both teams will look to start off strong, as the eventual winner could be the team that maintains their composure the longest.

If you cast your memory back one whole year, Australia was up against New Zealand at the SCG when we saw some genuine magic. Labuschagne came in at three after Joe Burns went out early and he proceeded to build one of the biggest scores in SCG history, posting 215 against one of the toughest bowling line ups in the world. We don’t expect Marnus to emulate that exact innings, but we do expect the Aussie superstar to put another great innings together, where he can possibly lead Australia for total runs as well.

Knowing Nathan Lyon is the current king of the SCG, fellow spinner Ravichandran Ashwin should look to follow in his footsteps. Although they do play a very different game, Ashwin does create turn, which is always dangerous in Sydney. Having taken 10 wickets in the first two Tests, Ashwin is currently tied with Jasprit Bumrah for the most Indian wickets. We can see the spinner troubling Australia with his variety once again, as he has done very well thus far.

The unbridled Indian debutants and younger players made a huge difference in the second Test, as they felt far less pressure than the Aussies, who have struggled with the willow in this series. Australia will deliver a strong performance in the third test and beat India, as the absence of Kohli will truly be felt this time around. Australian betting sites agree with this assessment pricing the Aussies at $1.67 to win the bout.