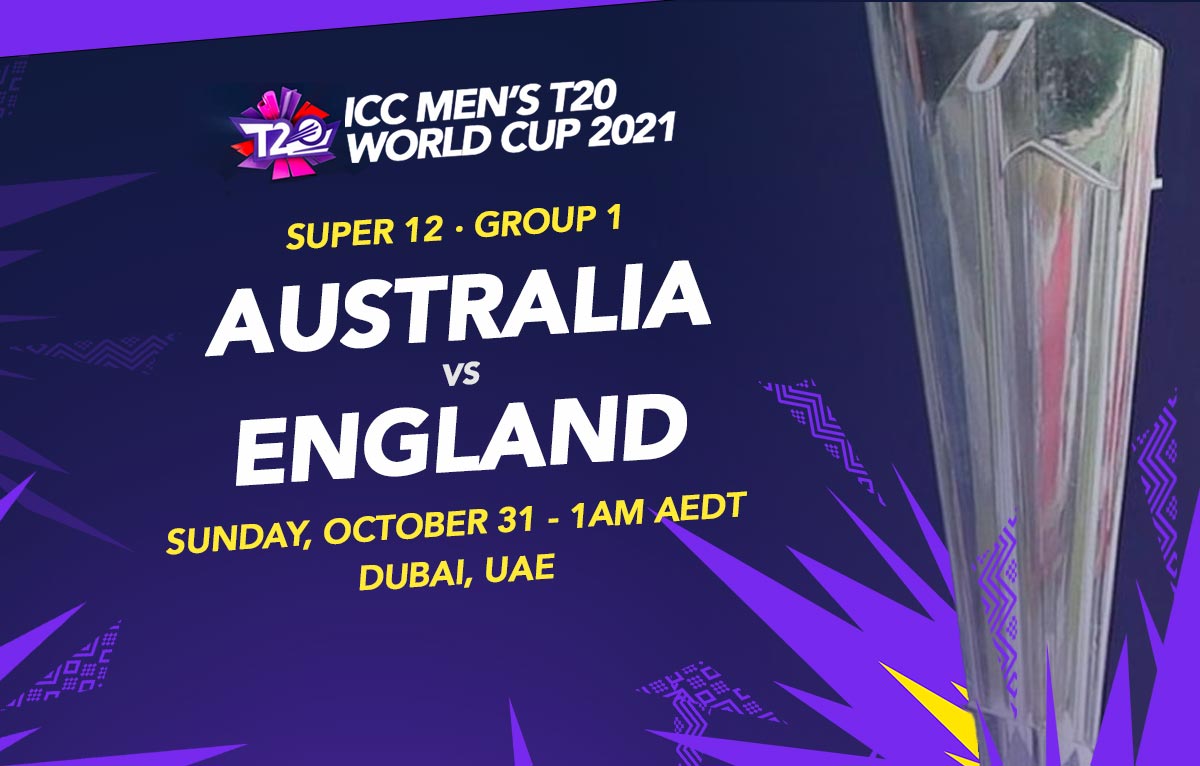 Australia will their face their toughest test of the 2021 T20 World Cup yet when they take on England in Dubai in the wee hours of Sunday morning (AEDT).

After a scratchy win against South Africa in their opening game of the Super 12 stage, the Aussies stepped it up a notch on Friday with a comfortable seven-wicket win over Sri Lanka.

The Lankans threatened to put up a big score, with Kusal Perera (35), Charith Asalanka (35) and Bhanuka Rajapaksa (33*) all looking dangerous at the crease, but Australia’s front-line bowlers were on-song yet again – especially Adam Zampa (2/12) – and kept the total to a manageable 6/154.

Under-fire openers David Warner (65) and Aaron Finch (37) got some much-needed runs under their belts, while Steve Smith (28) put in another strong performance as the middle-order anchor.

England have had an easy time of it thus far, rolling the West Indies for just 55 in their opener and then cruising to an eight-wicket win against Bangladesh.

The English batters have not had much of a hitout leading into this one, but Jason Roy (61) and Dawid Malan (28) showed a bit of touch in the win over Bangladesh.

With the Ashes around the corner, both sides will be eager to strike the first blow of the Australian summer as they look to go 3-0 and take pole position in Group 1.

Australian audiences did not see the best of Tymal Mills when he came out for the Big Bash League a few years back, but trust us: this guy is a gun in T20 cricket. Boasting explosive pace and a wide array of variations, Mills is one of those bowlers who can conjure up all sorts of different ways to get batters out. With multiple wickets in both of England’s games thus far, he is the one to be on.

While the Aussies have shown some promise in their opening two wins of the T20 World Cup, they have been far from perfect. They looked good against Sri Lanka’s powder-puff bowling attack, but this England side is a different beast altogether. If the Brits play anywhere near their best, it is hard to see how Australia win this.