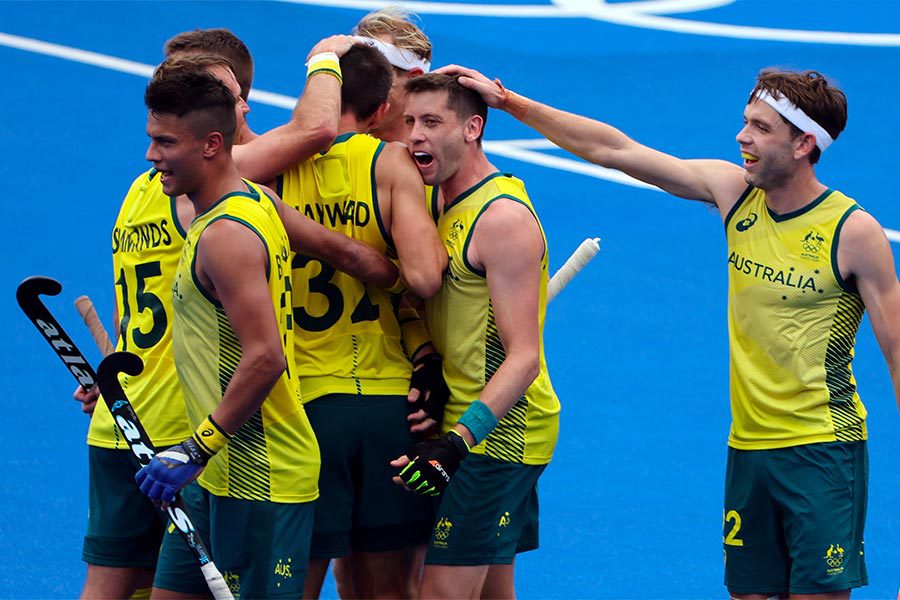 It has taken 36 matches in total, but the gold medal match in the Olympic men’s hockey at Tokyo 2020 is upon us as Australia takes on Belgium Thursday night at Oi Hockey Stadium. BettingSite.com.au brings you the best bets and top odds on offer for this clash of the titans.

The Kookaburras have certainly had the tougher path, needing to go through the Netherlands and Germany to reach the Olympic final for the first time since Athens 2004. Having defeated Germany 3-1 on Tuesday night in the semis with goals from Tim Brown, Blake Govers and Lachlan Sharp, the Kookaburras head into the decider in fine form.

The Aussies will not have it all their own way, with Belgium entering the gold medal match on the back of a 5-2 demolition of India in the other semi-final. The scores in that game were tied at the end of the third quarter, but the Belgians managed to put a further three goals past the Indian defence to seal their passage to the big one. Alexander Hendrickx will be the one to stop for the Kookaburras, with the Belgian netting five goals in his past two matches.

The Kookaburras are set to play in their fifth Olympic final, yet their only gold medal to date came at Athens 2004. However, the form they have shown throughout the Tokyo Olympics has us confident that they can add a second title to their collection. While both teams are undefeated throughout the tournament, the Aussies have looked a bit more polished at both ends of the field.

These are the two highest-scoring teams at Tokyo 2020, having netted 48 goals between them. Despite that, they are also the two stingiest sides in defence, each conceding nine goals each from seven games. But with Hendrickx in red-hot form for Belgium and the all-round scoring ability of the Kookaburras, this gold medal match could well be a high-scoring affair.