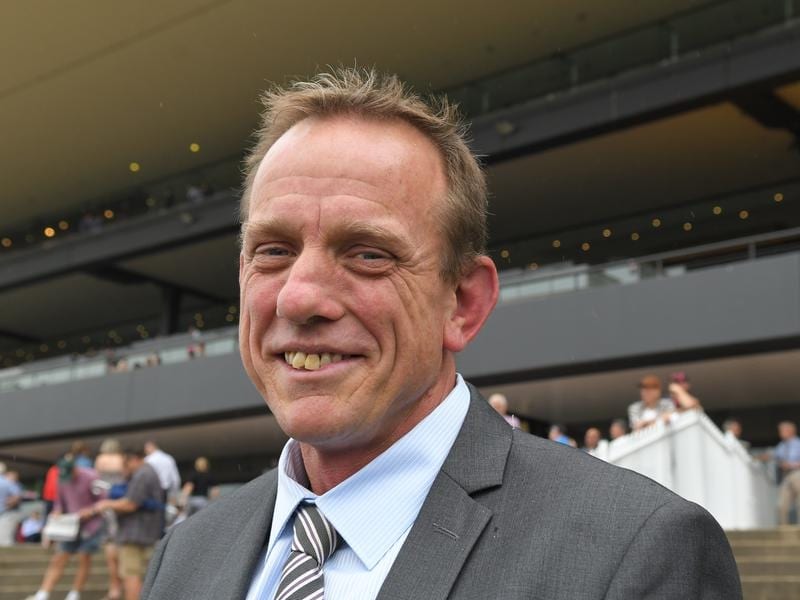 Trainer Jarrod Austin will rely on in-form sprinter Inanup to start the stable’s season with a win.

The quietest horse in Jarrod Austin’s stable is also proving to be its best money-spinner.

Rising seven-year-old Inanup will chase his second city win in succession when he heads to Randwick for the ATC Thank You Stable Staff Handicap (1100m) on Saturday.

Austin has a boutique team of 17 in work at Warwick Farm and landed four metropolitan wins during the 2019-20 season, three of them courtesy of Inanup.

It is a trend Austin hopes the horse can continue at the opening meeting of the new racing term.

“Any city win is a good win, especially for a small team like us,” Austin said.

“He was bouncing around coming off the track this (Friday) morning so I’m really happy with how he is.”

Inanup has solid form lines around Roheryn, stakes winner Dawn Dawn and promising mare Adelong but continues to do his job with little fanfare.

He closed for second behind Adelong two starts ago then proved a class above his rivals in his last-start Rosehill win.

He sits on the third line of betting behind Listed winner Sangria and Black Magnum, who was luckless first-up.

Randwick remained in the heavy range on Friday and Inanup has managed a top-two finish in four of his five starts in the conditions.

But it is the horse’s versatility and willingness to please, on and off the track, that Austin says sets him apart.

“He’s the quietest horse we’ve got in the stable. Anything you want to do, he’s just ready to do it,” Austin said.

“It seems every time he goes around he flies under the radar but that suits us.

“He has just crept through the grades without much fuss and he never runs a bad race.”

Apprentice Tom Sherry will get a second bite at the cherry aboard Inanup’s rival Black Magnum as the young rider searches for his maiden metropolitan win.

The horse was badly chopped out when angling for an inside run last start to finish fourth in what Sherry’s master Mark Newnham described as a simple case of bad luck.

Sherry and Black Magnum get a chance to bounce back at Randwick, the horse one of four mounts for the promising apprentice.