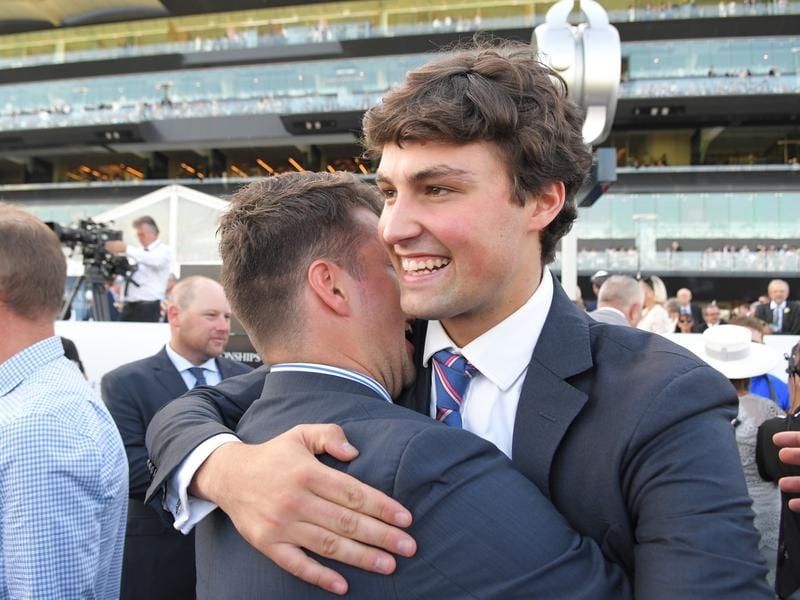 Sam Freedman is seeking his first win in a training partnership with father Anthony at The Valley.

Anthony and Sam Freedman have a chance to get their new training partnership off to a winning start at the first race meeting of the new season in Melbourne at The Valley.

Earlier this week it was announced that Sam Freedman would join his father in partnership from the start of the 2020-21 season on Saturday, having worked as his assistant trainer in recent years.

“Not a lot will change but it’s nice to be joining Dad in the partnership, so hopefully we can have a good start.”

The stable have three acceptors at The Valley and Freedman said it would be nice if they could kick off the partnership on a winning note.

“But they don’t give away metro races so it’s not going to be easy,” he said.

“It’s nice to have a few nice chances there and hopefully we can just build into the season nicely.”

Wilmot Pass was the favourite on Friday for Saturday’s Remembering Mikaela Claridge & Melanie Tyndall Handicap (1200m) coming off a last-start win at Flemington.

“We were just giving a bit of thought whether we waited a week and ran him down the straight in the Aurie’s Star at Flemington,” Freedman said.

“We’re still giving that a little bit of thought but at this stage he’ll be the first runner and he seems to be going really well.

“His work at home has been super.

“We think he’s going as well as he can.

“A little bit of a concern might be The Valley. I’m not quite sure how well he will corner around there because he can lug out a little bit.”

Last-start winner Bedford and stablemate Danon Roman clash in Saturday’s Vale Rob Gaylard Handicap (2040m) and Freedman believes there is not a lot between them.

“If I was leaning towards one it might be Bedford if the speed was right,” he said.

“A drying track isn’t so much a concern for him other than the fact it probably brings other horses into it. He’s effective on all types of ground.

“He’ll probably need a strong speed and he’ll need to be getting the breaks at the right time because he’ll be back in the pack.”

Danon Roman won over 1600m at Flemington two starts ago before finishing fifth over the same course and distance on July 18.

“He will appreciate hopefully a good track,” Freedman said.

“He probably raced like he was looking to get out to that 2000-metres last start. He’ll run a really good race.”