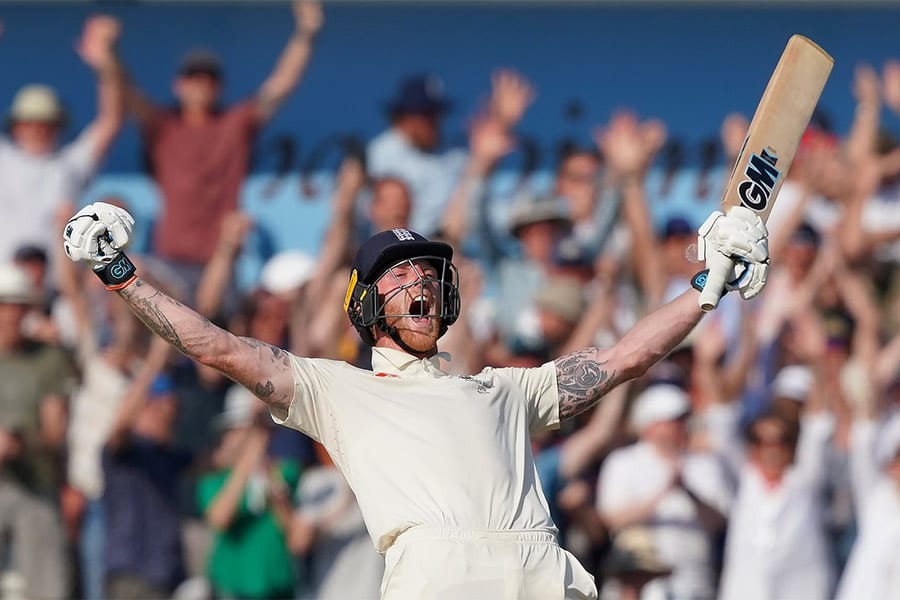 An unforgettable innings from Ben Stokes has seen Sportsbet.com.au install England as $2.40 favourites to win back the Ashes.

Australia, now $3.40 outsiders, were only one wicket from retaining the urn after James Pattinson trapped Stuart Broad in front in the second session on day four at Headingley.

Jonny Bairstow had led an English counterattack earlier in the day, but the tail fizzled out after his dismissal and the visitors looked certain to take a 2-0 lead to Old Trafford.

Stokes had other ideas, however, smashing an unbeaten 135 as the hosts ran down a target of 359 to complete the greatest fourth-innings chase in the history of Test cricket.

While England celebrate a momentous victory, the Aussies are left to rue what can only be described as a choke of epic proportions.

Some loose overs with the second new ball allowed Bairstow and Stokes to bat the Brits back into the contest, while Tim Paine’s captaincy in the latter stages will come under serious scrutiny.

Nathan Lyon’s final over of the match was the killer, featuring a bungled run-out attempt and an iron-clad lbw shout that was turned down after Australia had wasted their last review.

So while the series is level, the momentum is most definitely with England.

The tourists have some difficult questions to answer ahead of the fourth Test, which kicks off in Manchester on Wednesday, September 4.

Paine’s position is more vulnerable than ever, but it is hard to see the Aussie selectors axing the skipper midway through the 2019 Ashes fixture.

Steve Smith is likely to return after missing the Leeds Test due to concussion, which means someone in the Australian batting order will have to make way.

Marnus Labuschagne has starred in all three of his innings as Smith’s replacement, so it looks like either Marcus Harris or Usman Khawaja will miss out.

With Pat Cummins due to be rotated out of the side, the selectors also have to decide whether or not they can afford to rest their most effective bowler.