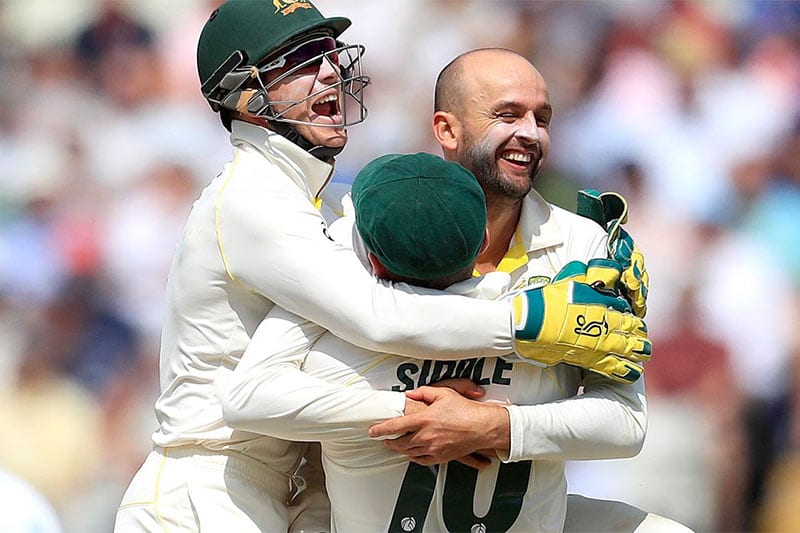 Australia have shortened to $1.62 in the Ashes outright betting at Sportsbet.com.au after pulling off a comeback for the ages at Edgbaston.

The tourists were 8/122 and barreling towards a brisk defeat when Peter Siddle joined Steve Smith at the crease midway through the second session of the series.

Four days and many highlights later, Pat Cummins bounced out Chris Woakes to seal an incredible 251-run win and send the Aussies to Lord’s with a 1-0 lead.

Tim Paine’s men started the series as $2.63 outsiders and blew out to $3.75 by the end of day three at Birmingham as Rory Burns batted England to a first-innings advantage.

But twin centuries from Smith, some crucial lower-order batting efforts and a supreme all-round display in the field see Australia enter the second Test as favourites.

The visitors are now paying $1.28 to retain the urn with a drawn series or better, while the best-backed option in the correct score betting is a 3-2 win for Australia at $3.75.

There are no prizes for guessing who leads the batting markets for the green and gold, as Smith has plunged to $1.08 for top series runscorer after racking up 286 runs in a stunning return to Test cricket.

Nathan Lyon ($2.10) and Cummins ($2.50) are the best bets for top series bowler after taking all 10 wickets between them in the second innings, although some will say James Pattinson ($9) and Peter Siddle ($13) were the pick of the bowlers over the course of the first Test.

Joe Root ($2.50) and the aforementioned Burns ($2.63) are the leading lights in the English batting order, with Stuart Broad a short-priced $1.72 favourite to top the wicket charts for the hosts.

James Anderson went down injured on the first day at Edgbaston and will take no part at Lord’s, which means a likely Test debut for Jofra Archer.

Moeen Ali showed no kind of form with bat or ball and looks set for the chop, with Adil Rashid and Jack Leach among the spinners on standby.

Whatever happens, it will be a different England XI that suits up at Lord’s when the series resumes on Wednesday, August 14.