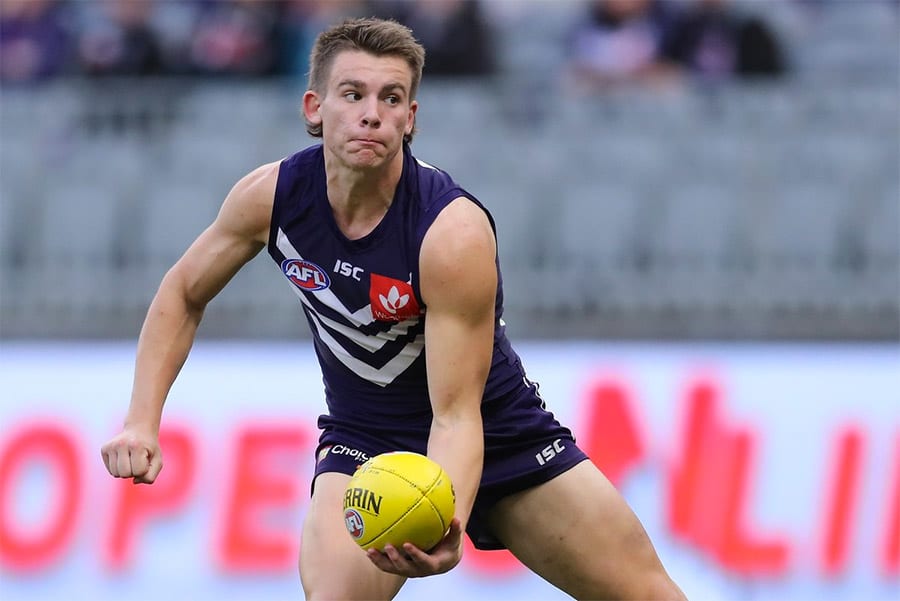 The festival of footy has come and gone, leaving us with only five rounds to go in the home and away season. Now that we finally have a moment to catch our collective breaths, let’s take a look at how the major 2020 AFL betting markets are shaping up at Sportsbet.com.au.

The compacted fixture between rounds nine and 12 separated the wheat from the chaff, as the pretenders made way for the true premiership contenders.

Adam Simpson’s West Coast Eagles handled their matches with consummate ease, extending their winning streak to seven games and solidifying themselves as the team to beat this season.

The Richmond Tigers also found a way to stay relevant despite missing a handful of their best players. With the likes of Bachar Houli and Shane Edwards still to return to the team, you cannot rule out the reigning premiers at $5.50.

Except for a narrow loss to West Coast, the Geelong Cats did not miss a beat during the 20-day frenzy. Chris Scott is coaching as well as ever, so he and his charges could make a huge statement in the finals this year at $6.

Two teams that did themselves no favours in the last three weeks were the Collingwood Magpies and GWS Giants, who now have a lot of work to do just to make the finals.

Lachie Neale has all but won the 2020 Brownlow Medal with five matches remaining, yet there is always a chance he could be suspended or injured at some point in the next few weeks.

Christian Petracca is making a statement for the Demons this season, but his teammates Clayton Oliver and Max Gawn are known pollers who are likely to pinch a few votes off him.

Dustin Martin was slow to get going after the restart, but a great run from round seven to 10 could boost the 2017 Brownlow winner’s chances at $15.

Several of the preseason fancies have blown out in recent weeks, including the likes of Patrick Dangerfield ($21), Patrick Cripps ($26), Marcus Bontempelli ($34), Nat Fyfe ($51) and especially Brodie Grundy ($67).

Just when you thought the 2020 AFL Rising Star race was done and dusted, another twist has blown the market wide open again.

We identified Caleb Serong at $17 in our last AFL 2020 betting update before the footy frenzy, and those who jumped on the Fremantle gun back then will be very happy indeed.

Serong now holds joint-favouritism with Gold Coast’s Izak Rankine at $3, but they are not the only two horses in this fascinating race to the finish.

Noah Anderson had a career-high 26 touches against the Tigers and now looms as a quality second-favourite at $5, while Max King at $5.50 is a red-hot chance to receive his long-awaited nominated this week.

There is not a single futures market as strange as Coleman Medal betting this year.

The small forwards were leading the way, but two of the game’s most reliable talls have stood up in the past few weeks.

Josh Kennedy has kicked 20 goals since West Coast returned to Optus Stadium in round seven and leads the Coleman market at $2.25.

Hot on his heels at $2.50 is Tom Hawkins, who gave the Port Adelaide defence an absolute bath last week with six goals in a best-on-ground display.

Hawkins has 30 goals from his 12 games and Kennedy has 27 from 11, meaning they are basically even at this point since the Cats are yet to have their bye.

The mosquito fleet of Tom Papley ($15), Charlie Cameron ($21) and Dan Butler ($34) managed only one goal between them in round 12, so it looks like Hawkins and Kennedy will be hard to catch.