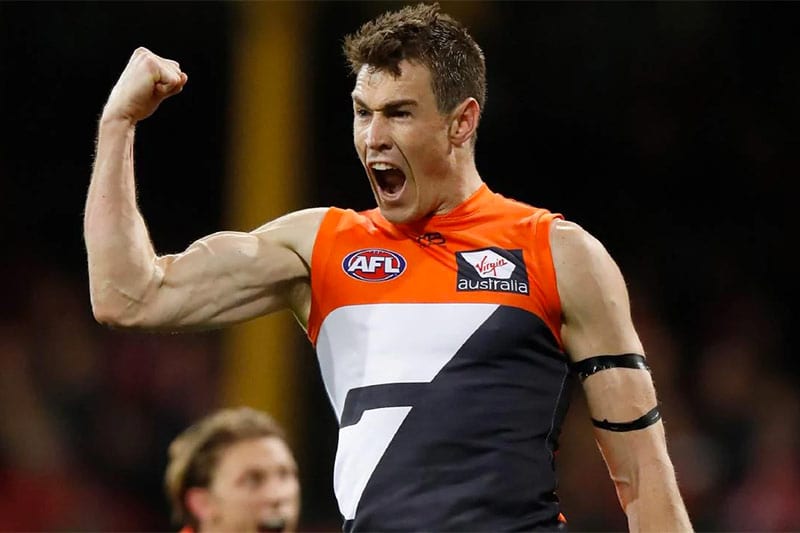 With just under a third of the 2020 AFL Premiership season now completed, the major futures markets at online bookmakers are starting to take shape in earnest.

Several bookies have already paid out on Matt Rowell to win the AFL Rising Star, but that race could be on again if the Gold Coast star’s shoulder injury keeps him sidelined for a few weeks.

In the meantime, here are some of the best AFL futures bets on offer right now at Sporstbet.com.au.

A big gap has been formed between the contenders and pretenders at the completion of round six, as the Gold Coast Suns have blown back out to $67 following the aforementioned injury to Rowell and their loss to the Cats.

The GWS Giants have gone to the top of the AFL Premiership market following their wins over the Hawks and Magpies in the past fortnight, while the Brisbane Lions hold the second line of betting after their big win over Port Adelaide.

Any team at $26 and under is still in the hunt for the flag, with the Western Bulldogs looking dangerous at $18 with three wins on the bounce despite a growing injury list.

Making the top eight and winning the flag are different sides of the same coin, as a team in a good position could dominate the home-and-away season before flopping in the finals.

The two teams that stand out at this point in time are the St Kilda Saints and Essendon Bombers. The Saints are paying $2 to make finals although they sit inside the top four, while the Dons are $2.40 even after their big win over Collingwood.

The West Coast Eagles have exceptional odds at $1.72, which is surely going to drop once they return to WA and start playing home games at Optus Stadium.

The 2020 Brownlow Medal betting market has turned into a race for second place behind Lachie Neale, who is the clear frontrunner following injuries to a few of his chief rivals.

That doesn’t mean there is no value in the rest of the market, however, as most online bookmakers offer each-way payouts down to four places at a quarter the listed odds.

Dylan Shiel is our smokey for the Brownlow with two best-on-ground performances this season, including an impressive display against the star-studded Collingwood midfield last Friday.

Nat Fyfe’s hamstring injury saw his odds blow out to $21, but the Fremantle captain is a chance to play this weekend, meaning he will only have missed two matches this season.

All about Charlie in Coleman Medal betting

Although small forwards are dominating the AFL goalscoring charts at the moment, the big boys are still well represented in the Coleman Medal betting.

Jeremy Cameron, who won it in 2019, is a great choice at $7. He is known for going on hot streaks throughout the season, so it may only take the GWS superstar two big games to pinch the lead.

Current top scorer Tom Papley is paying $15 to stay ahead of the pack. Since the Swans rely heavily on his goals in the absence of reliable targets inside 50, there is a chance he could come through big time.

The biggest value bet would be Jaidyn Stephenson at $41, as he has kicked seven goals in his last three matches. With the third-highest goal average in the league, Stephenson could take over the Magpies forward line in the absence of Jordan De Goey.