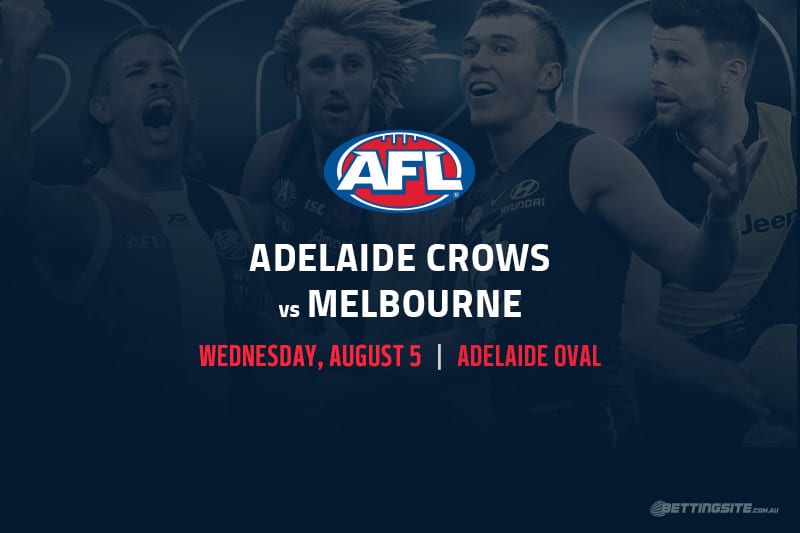 Jake Lever will confront his old teammates this Wednesday night when his Melbourne Demons travel to South Australia to face the Adelaide Crows.

Neither side has started 2020 on the right foot, as both are currently enduring severe criticism from the footy press.

First-year head coach Matthew Nicks publicly apologised to the Adelaide fans following an embarrassing loss to North Melbourne in round nine, but will that spark his men to get a win this week?

Simon Goodwin needs to put some wins on the board fast, as his job security is in doubt after the Demons’ insipid performance against Port Adelaide drew the ire of club chairman Glen Bartlett.

Max Gawn’s fitness was the big question ahead of this match, but the Melbourne captain has confirmed he is ready to tackle Reilly O’Brien in the ruck.

Taylor Walker’s presence was sorely missed on Saturday when he withdrew due to illness, but he is a chance to return to the Crows’ forward line as they continue to search for their first win of the year.

Most half-backs have enjoyed the 2020 format, but Rory Laird suffered a slight drop off early in the season. The last two weeks have been better for the dual All-Australian, who had 21 disposals against Essendon and 22 against North Melbourne. Laird has amassed over 25 touches in his last six games against the Demons, including four matches with over 30, and looks to be finding form with more time in the midfield.

Yet to record fewer than 20 disposals in a game this season, Clayton Oliver has had no trouble finding the footy in a poor Demons side this year. The gutsy midfielder has passed the 25-disposal mark four times since the restart, which is why we will be backing him in against the Crows. The form looks even better when you factor in that Oliver averages over 30 touches a game against Adelaide.

Tom Lynch has been a great asset for the Crows in the past, but his role as the link-up player carries limited value in an Adelaide side that is struggling to get the ball out of the middle. With five goals from his nine games this season, Lynch needs to get forward and damage the Demons. He kicked a season-high three goals against them last season and might need to do something similar here if the Crows are to break their losing streak.

Arguably the most damaging forward for the Demons on his best day, Jake Melksham is a marking target that tackles well and is deadly in front of the sticks. He has kicked a goal in each of his last five matches, bringing his total to nine for the season. Melksham is often a fast starter, and his accurate kicking should see him make an instant impact if the Demons get on top in the midfield battle early.

Over 62.5 points in second half

A common trend for both of these teams in 2020 has been their scoring in the second half, as both sides have struggled to get off the mark early in games. Not only have they been better in front of goal after the main break, both sides have conceded more points later in games too. Given some of the defensive efforts we’ve seen from these sides lately, the game could easily open up in the second half.

Max Gawn has announced he will play in this match, but we know he is bruised up and will likely not be at his best. With this information, the super-fit Reilly O’Brien needs to put Gawn to the sword and take him around the ground. The Crows will get close to their first win this week in front of a home crowd.