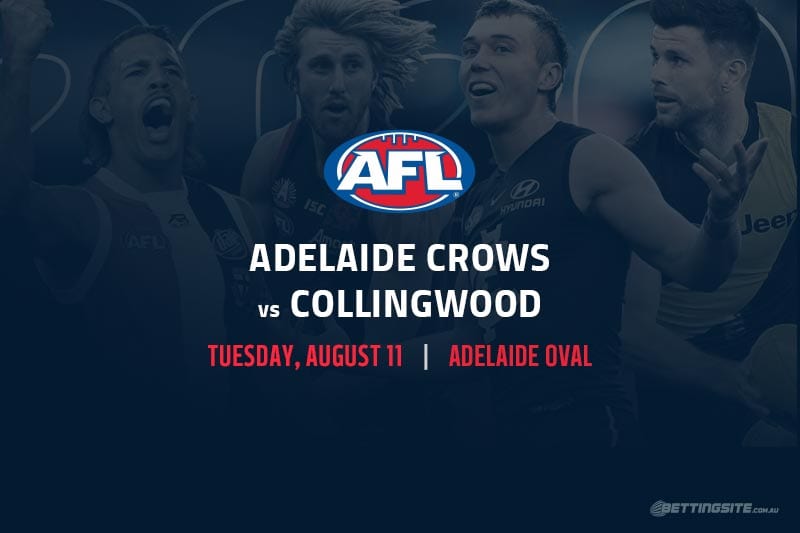 The Adelaide Crows will have the opportunity to notch their first win of the 2020 AFL Premiership season when they tackle the injury-riddled Collingwood Magpies in round 11.

Matthew Nicks has started his senior coaching career with 10 consecutive defeats as the Crows edge closer and closer their first-ever wooden spoon.

Nathan Buckley’s Magpies have done just enough to stay relevant, but they are now battling a growing injury list along with their off-field issues.

Adam Treloar sustained another hamstring setback in the round 10 win over Sydney, Will Hoskin-Elliott damaged his knee in multiple contests and Isaac Quaynor was cut open by illegal studs, ruling all three players out for the near future.

Adelaide loses Will Hamill to injury, but it will be interesting to see what the selectors do after making nine changes for the loss to Melbourne last Wednesday.

The Pies are aiming for a hat-trick of victories over the Crows at Adelaide Oval, where they won by 66 points in last season’s meeting.

Rory Laird was arguably best on ground for the Crows in their poor display against the Demons, racking up 20 disposals in the 51-point defeat. Laird averages over 28 touches per game in his last three outings against the Magpies, including a 37-disposal effort in 2018, so we like him for 20+ given he is spending more time in the midfield.

Taylor Adams and Steele Sidebottom are the two surviving stars in the Collingwood midfield, and we like Adams for this one due to his superb recent record against Adelaide. His last two games against the Crows have garnered 58 touches and five goals, so he looks the most likely to stand up with Adam Treloar and Scott Pendlebury out.

Darcy Fogarty converted only one of his two scoring attempts in his first game back from injury, but we think he is the man for Adelaide this week. In the 66-point flogging the Pies gave the Crows last year, Fogarty managed to kick three and looked dangerous inside 50.

We know Jamie Elliott is spending a lot more time in the midfield this season, but his five goals and 10 marks against Adelaide last year make him a tempting scoring option here. Since the Pies have struggled to kick goals in 2019, we think they will push Elliott deeper into the forward half this week to create a dangerous pairing with Jaidyn Stephenson.

While the Pies have consistently been fast starters in 2020, the Crows have been shocking in their opening quarters. Given Collingwood has scored a total of 220 points in its last two games at Adelaide Oval, we can expect the visitors jump out of the gates quickly on Tuesday night.

Even with the injuries stacking up for Collingwood, we still think the Magpies are far too strong for the suffering Adelaide Crows. Look out for Jaidyn Stephenson, who kicked a career-high five goals against the Crows back in 2018 and hasn’t played them since.