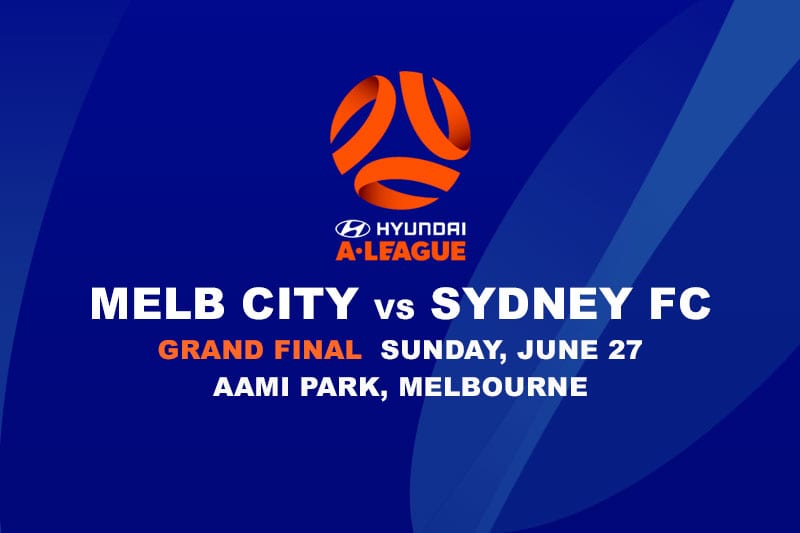 It may be a rematch of last year’s A-League Grand Final however, Melbourne City finished atop the table this year with 15 wins from their 26 matches but arguably enter the decider with inferior form. City have won just one of their past four matches – the semi-final 2-0 victory over Macarthur FC without star striker Jamie Maclaren due to international commitments.

Maclaren will again miss the big one having represented the Socceroos in the Middle East earlier this month, meaning that the best team in the competition throughout the year will be without the Golden Boot winner for the most important game of the season. Melbourne City enter the game as $2.30favourites with soccer bookies, but they are far from certainties heading into the club’s second straight Grand Final.

Sydney FC enter the Grand Final as the form side, albeit the underdogs at $2.95 odds. The reigning champions have won their last six games and are undefeated in their past seven. A number of their best players have missed their past two games with international commitments, but their win against Adelaide United last week suggests they are the team to beat heading into Sunday.

There is no doubt Sydney FC are the best franchise the A-League has ever seen. They enter Sunday’s decider looking for their sixth championship title and their third successive Grand Final win. Despite being without first-choice keeper Andrew Redmayne and defenders Ryan McGowan and Rhyan Grant, Sydney FC have shown they have the depth to cover these absences. The Sky Blues will be hoping star Serbian midfielder Milos Ninkovic passes a fitness test to help further their chances.

Kosta Barbarouses has been well acquainted with A-League finals football for the past five years. He netted the first goal of the 2018 Grand Final when playing for Melbourne Victory, so we know he has the mental fortitude to handle the big occasion. With plenty of attacking options for the Sky Blues, perhaps it is Barbarouses who gets under the radar of the Melbourne City defence.