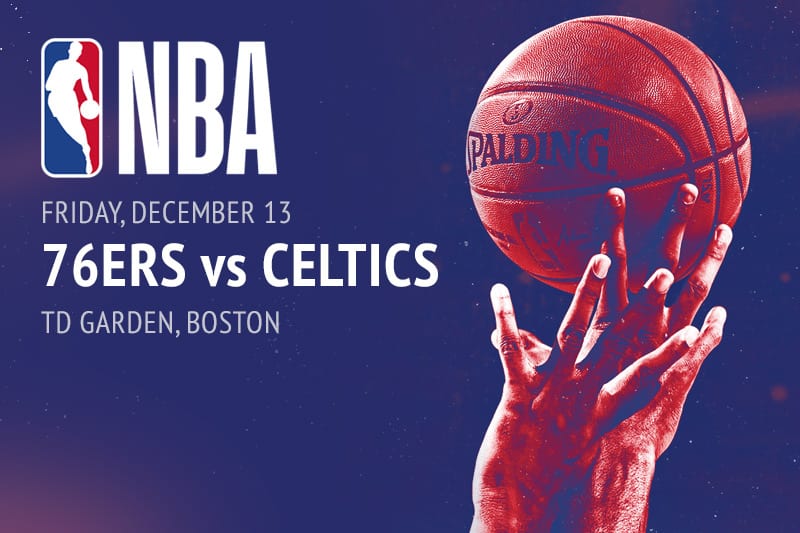 Two of the most famous NBA Eastern Conference teams will face off in Boston when the Celtics host the Philadelphia 76ers on Friday (AEDT).

When you look at the rosters for both teams, there are potential and past NBA All-Stars everywhere. For the Celtics you get Jayson Tatum and Kemba Walker, Philly has Joel Embiid and Ben Simmons, whilst Al Horford has also been in good form this week.

Boston will be coming off the first night of a back-to-back, which it lost to the Indiana Pacers, while the 76ers recently downed the Denver Nuggets to remain unbeaten at home. These are two of only three teams that are yet to drop a home game, so the pressure is on the Celtics to deliver.

Marcus Smart and Gordon Hayward are both under an injury cloud heading into the contest, but there is more chance that they both play than they both sit.

There are no significant injuries for Philly, but Josh Richardson is on restricted minutes following a return from his hamstring issues.

Joel Embiid over 24.5 points @ $1.95 with Sportsbet
One of the most exciting players in the league is Joel Embiid, who can be likened to many old-school NBA centres with his scoring ability and massive frame. The Boston Celtics are not as strong in the centre position as most NBA teams, currently running Daniel Theis as a starter and Enes Kanter off the bench. Neither of these players have a chance of guarding Embiid, whether in the post or on the perimeter.

Kemba Walker over 22.5 points @ $1.80 with Sportsbet
Brought in as the Kyrie Irving replacement, Kemba Walker has had a big impact in his first few months at Boston. He just dropped 44 points against the Pacers, with seven three-pointers. Ben Simmons will not guard Walker as his size will be needed elsewhere, leaving Josh Richardson as the next best option. Richardson is still coming back from a hamstring issue and isn’t at his best, leaving Walker with the chance to impact on offence.

Total match points over 210 @ $1.92 with BetEasy
This clash between the Celtics and 76ers is not going to be a slow-paced slugfest; instead, the energy should be up from the tipoff. These teams don’t like each other and there will be plenty of fouls, leading to more free throws. Good offence always beats good defence and that statement will ring true when players such as Joel Embiid and Jayson Tatum gain momentum throughout the day.

Boston Celtics to win @ $1.81 with BetEasy
With a home record of 10-0, the Boston Celtics are our choice for this match. They have a very good balance between scorers and defenders, whilst Brad Stevens is a top-notch coach. If the Celtics can comfortably lead at any point, the 76ers will not make a comeback. You can see that Gordon Hayward is slowly building his momentum back up since his hand injury, and this will be a great test for the Boston forward.