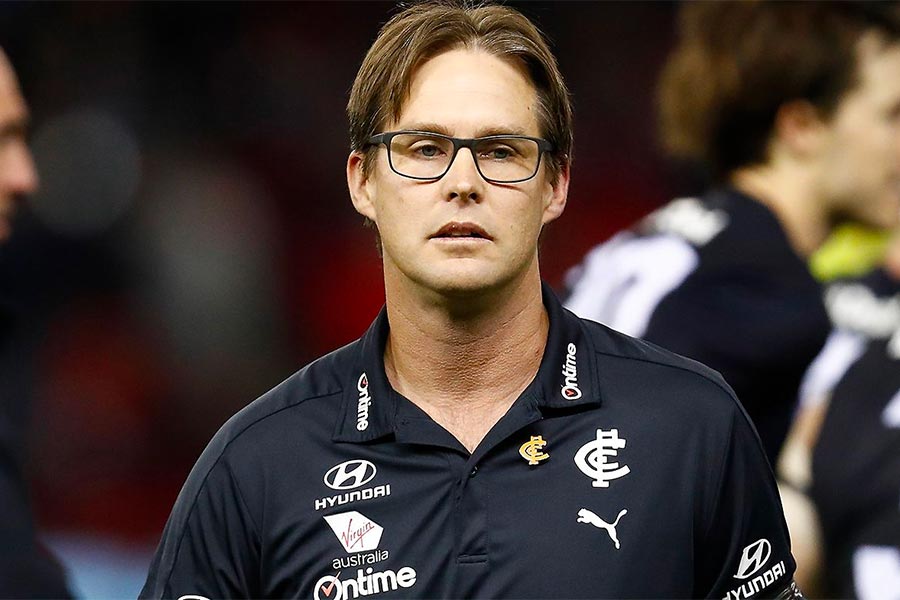 The Carlton Blues are on the lookout for a new coach to take over the reins of their AFL side after confirming the departure of David Teague on Thursday morning.

The 2004 John Barker Medallist was contracted until the end of the 2022 season, but Teague’s tenure was prematurely terminated following an external review into the Carlton football department.

Teague was installed as a caretaker coach after the Blues sacked Brendon Bolton during the 2019 season, eventually going on to coach 50 matches for a 21-29 win-loss record.

Unfortunately for the former club champion, his two seasons at Carlton were hampered by the COVID-19 pandemic, with the Blues falling well short of expectations in 2021.

Carlton will now begin the process of hiring its fifth senior coach in nine years, and there is already a runaway leader in the market at Sportsbet.

Former St Kilda and Fremantle coach Ross Lyon looms as the obvious choice to replace Teague, as the highly regarded veteran has already thrown his hat into the ring.

Lyon is priced at a very short $1.30 to take the reins at Carlton, where he is already receiving support from members of the board.

The next option in the market is Brisbane Lions legend Michael Voss ($8), who is keen to take on a top job for the first time since departing the Lions in 2013.

Despite formally announcing he would take a break from coaching in 2022, Alastair Clarkson is still one of the favourites at $9.

The Hawthorn legend is expected to return to an AFL side in the near future, but we do not think he will backflip on his words in regards to the 2022 season.

Adam Kingsley ($11), Craig McRae ($13) and Jaymie Graham ($13) are all in the running for Collingwood’s vacant coaching position as well, with McRae now a $1.40 favourite for the Magpies job.

Outright odds for next Carlton coach