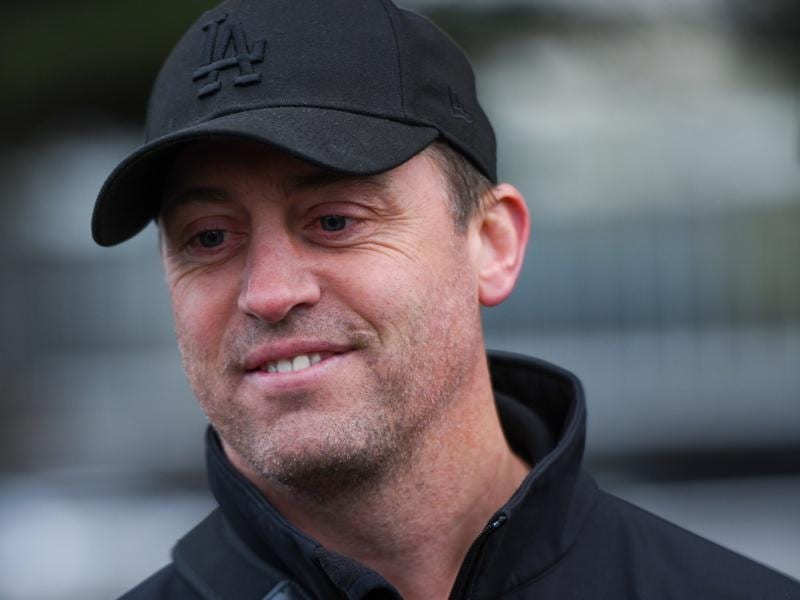 Brisbane trainer Tony Gollan is happy with Zoustyle after the sprinter’s work-out at Caulfield.

Premier Brisbane trainer Tony Gollan says there will be no excuses as Zoustyle bids to return to winning form at Caulfield.

Unbeaten in his first six starts, Zoustyle finished last in the Concorde Stakes, a 1000m lead-up to The Everest on September 7 won by Redzel.

Days after that defeat, Gollan sent the sprinter south to the Flemington stables of Peter and Paul Snowden with Sunday’s Listed Testa Rossa Stakes (1200m) at Caulfield to be the gelding’s Melbourne debut.

A gallop at Caulfield on Tuesday helped put Gollan’s mind at rest ahead of Sunday’s race.

“He’s done plenty of work at Flemington along with the work-out here,” Gollan said.

“There’ll be no excuses on Sunday.

“We took him down late to Sydney which is how we would normally do things for their first trip away and I thought he settled in quite well in the few days we were there.

“I left him in Sydney and then brought him straight through to Melbourne and he hasn’t missed a beat since he’s been here, it’s just acclimatising.

“His coat isn’t quite as good as if he was at home, but other than that he’s settled in really well.”

Gollan expects Zoustyle to use the pace that carried him to six straight victories in Queensland and said he was uncomfortable in the Concorde Stakes.

“He sat outside the lead and wasn’t the comfortable horse we saw in Queensland where he could use his high cruising speed,” Gollan said.

“This time we might let him use that speed a bit more, whether that means he leads I’m not sure.”

Victory on Sunday gives the winner a ballot exemption to the Schillaci Stakes at Caulfield on October 12 which in turn provides that winner the Melbourne Racing Club’s slot into The Everest the following week.

“But there’s a bunch of big races for the sprinters down,” Gollan said.

“Most importantly for this horse is to see him bounce back to form on the weekend.”