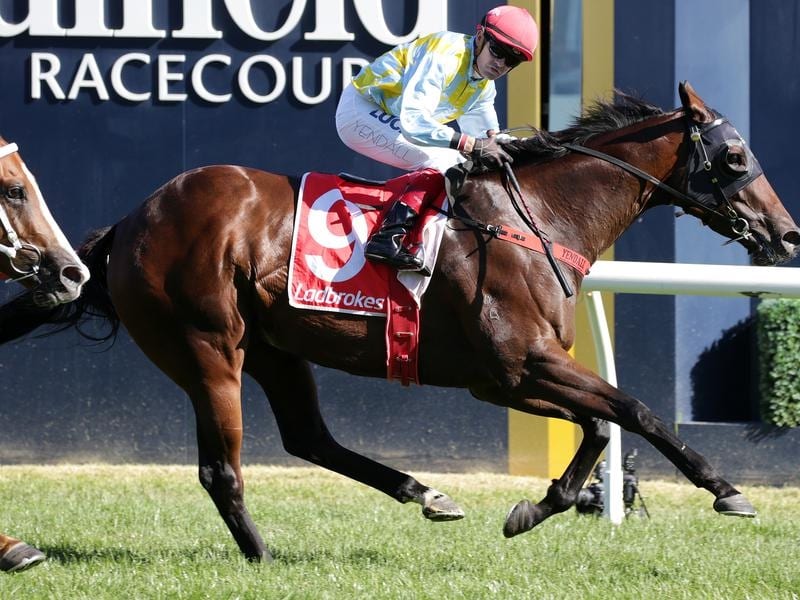 Oakleigh Plate winner Booker will line up in the Group One Moir Stakes at The Valley.

A race which offers an Everest spot to the winner features in the spring program for Oakleigh Plate winner Booker who will first chase her second Group One in the Moir Stakes at The Valley.

Booker has the second start of her spring campaign in Friday night’s 1000m weight-for-age Moir at The Valley and is one of five Group One winners among the 18 nominations along with Nature Strip, Sunlight, The Bostonian and Trekking.

The five-year-old was unplaced in the Group Two McEwen Stakes over the Moir course and distance earlier this month but did not have the best of luck and had to be eased approaching the winning post when in restricted room.

Her co-trainer Simon Zahra said not much went right for her in the McEwen but said she had tightened up ahead of the Moir and he expects she will again going to the Schillaci Stakes at Caulfield on October 12.

“They will go quick by the look of it and run along and she will hopefully just be one of the closers.

“She can get on the back of something, try to get a drag into it and get a bit of room to hit the line.

“It probably depends how far out of her comfort zone they get her off the bit chasing too.”

Zahra, who trains in partnership with Mathew Ellerton, said they had trained her a bit differently this time building her towards her peak.

He said the plan was to progress after Friday night’s sprint to the Schillaci, a Group Two race over the Caulfield 1100m, the same course and distance as the Oakleigh Plate.

The winner of this year’s Schillaci will be offered the Melbourne Racing Club’s slot in the $14 million Everest (1200m) in Sydney a week later.

“If you’re half a chance to get a spot you’ve got to have a think about it. But you cross that bridge as you come to it,” Zahra said.

The Valley 1000m course record holder Nature Strip was the $2.50 Moir favourite on Tuesday while Booker was at $15 ahead of acceptances on Wednesday.