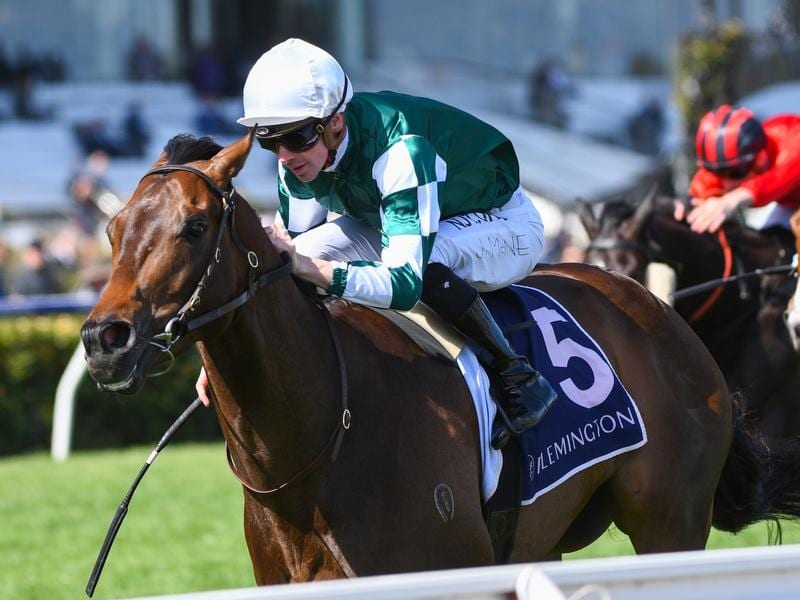 Yulong January is one of the form sprinters in Victoria after bringing up a hat-trick of victories.

Yulong January has extended his winning sequence to three with an impressive all-the-way victory at Flemington.

David Eustace, who trains in partnership with Ciaron Maher, said Yulong January had a great attitude and loved his work which in turn has produced the recent results on the race track.

“He’s probably racing at the right time of the year,” Eustace said.

“We had the opportunity of racing with his rating through the grades, but he’s open company now.

“The 1400 metres is obviously his trip but he’s versatile with what tracks he can race at.

“We’ll be guided by the program, but he can go two, three, four weeks between runs without any problem and gets the job done.”

Eustace said the Listed Chester Manifold Stakes (1400m), again at Flemington next month, may be a suitable assignment.

“He was getting pestered for quite a way and was punching out some quick sections and was still able to do it,” Eustace said.