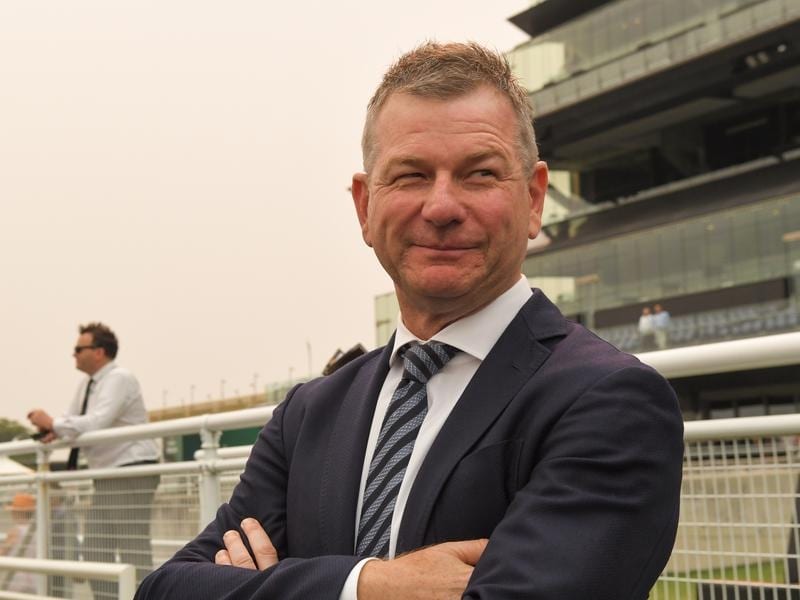 Trainer Kris Lees expects Randwick winner Asharani will be at her best during the autumn and winter.

James McDonald has stayed in the clear and out of trouble to steer progressive mare Asharani to a breakthrough city win at Randwick, narrowly defeating luckless favourite Word For Word.

While McDonald gave the Kris Lees-trained winner an unimpeded run, Nash Rawiller on Word For Word found himself in a bumping duel with Glen Boss on Pumpkin Pie, the incident catching the attention of stewards.

Rawiller eventually shouldered clear on the $2.70 favourite but Asharani ($10) had her momentum up and edged clear for a long head win with Ondo Pasa ($21) another head back.

Chief stipe Marc van Gestel spoke to Rawiller post-race and told him he showed a little too much vigour trying to extricate Word For Word from a pocket.

“We encourage competitive riding but you need to do it with more care,” van Gestel said.

Rawiller admitted he may have overstepped the mark.

“There was no harm doing it,” Rawiller said

“I realise I was a bit too competitive though.”

While Word For Word had a hard luck tale, Asharani confirmed her promise and booked a spot on trainer Kris Lees’ autumn carnival team in the process.

The mare finished a close fourth at her first test in stakes grade last season and Lees is keen to give her another chance at that level after her victory in Saturday’s Heineken 3 Handicap (1200m).

“She’s a talented mare. I think you’ll see the best of her in the autumn and the winter,” Lees said.

“I think she is capable of going to some black-type races.

“We always intended to only give her a very light preparation so whether she has one more (now) or we put her away for the autumn.”

Godolphin mare Taniko ($4.60) has unleashed her trademark big finish to power home for a half-length win over Southern Lad ($3.80 fav) in the Ranvet Handicap (1200m).

Assistant trainer Darren Beadman was thrilled to see her back in the winner’s stall and said she always tried her heart out.

“When she turns for home the burners go on and her little legs are like egg beaters, they go up and down so quickly,” Beadman said.