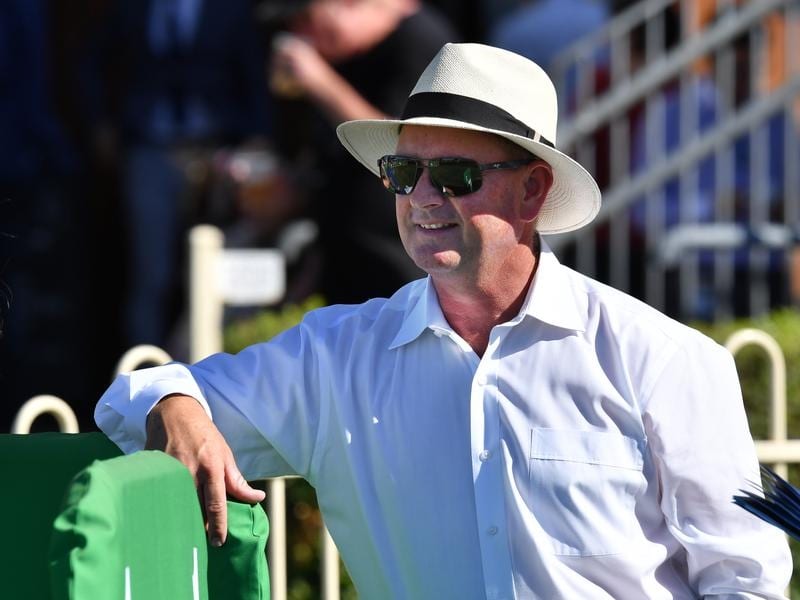 Trainer Toby Edmonds admits the Moir Stakes is stronger than expected for his runner Winter Bride.

The only thing left for the CV of multiple stakes winner Winter Bride is to land a Group One victory.

Co-trainer Toby Edmonds said Friday night’s Moir Stakes (1000m) was always intended to Winter Bride’s campaign opener although the Manikato Stakes (1200m) at The Valley on October 25 may prove to be a better race.

“This is the right race to start her off in bearing in mind she’s better at 1200 metres than she is at the 1000 metres,” Edmonds said.

“Our view is running at The Valley tomorrow night, and if she runs well getting home nicely, and comes out of it in good order, we can target the Manikato Stakes after that.

Edmonds, who trains in partnership with his son Trent, pointed out Winter Bride was a three-time Group Three winner with victories over talented sprinting mares Booker and Spright who both subsequently went on to claim Group One successes.

“She’s got really good numbers and form all around her so hopefully this season we can pinch a Group One with her,” Edmonds said.

Friday night’s race is a little stronger than Edmonds expected with The Everest contender Sunlight returning from Sydney for the sprint after being ruled out of Randwick last Saturday because of the wet track.

Ball Of Muscle, Trekking, Nature Strip and Assertive Approach are also in the Moir.

Edmonds said he could not worry about the opposition, just his own horse, but added Winter Bride was in good order after arriving at her Caulfield base last week.

He said the mare was around 20kg heavier for her first-up assignment than in previous campaigns.

“The tempo should be good with four or five speed horses and it should suit those coming from behind, so hopefully she’s running on well which will give us confidence going to the Manikato.”