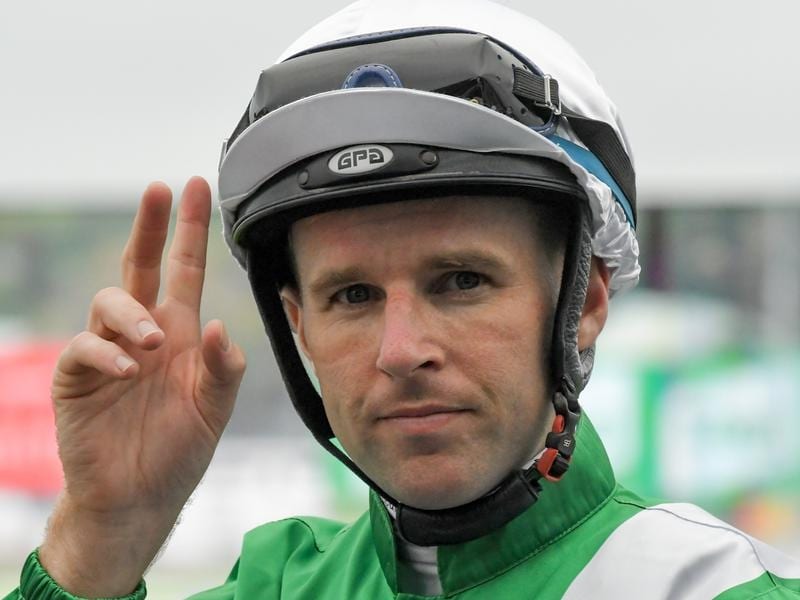 Tommy Berry has taken the initiative on Wild Planet to guide the consistent three-year-old to an overdue win in the Inglis Guineas at Scone.

Punters plumped for Military Zone who started the $2.70 favourite ahead of Wild Planet ($2.90) in Saturday’s $300,000 restricted Listed race, the opening event on the metropolitan standard meeting in the Hunter Valley.

Berry jumped the Hawkes Racing-trained Wild Planet straight to the front while Military Zone from the Peter and Paul Snowden-trained Military Zone was where expected, at the back.

Military Zone circled the field on the turn and launched his bid in the straight but Wild Planet gave another kick and went on to score by three-quarters of a length after two placings in stakes races this autumn.

“He got his own way in front today and that told the tale in the end,” Berry said.

“When they first started to come to him, I felt him click into another gear and we were just coasting to the line.

“There was still a bit more left.”

Wild Planet did most of his early racing in Victoria where he won two races last spring, a Ballarat maiden and a Listed race at Flemington.

More recently he has run second in the Darby Munro and third in the Southern Cross during the Sydney autumn.

“We’ve always had a big opinion of him and being by Animal Kingdom he’s just getting better all the time.

“We gelded him early and made a good racehorse of him from day one. It’s been a great ride so far and hopefully that can continue.”

Wild Planet is a $21 chance in the Group One Stradbroke Handicap in Brisbane on June 8 with a decision pending whether he goes to the race.