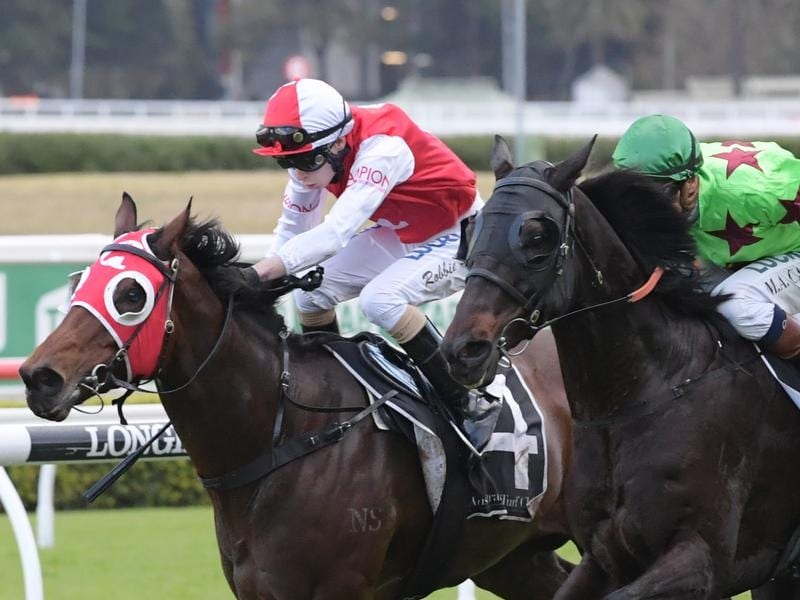 John O’Shea began the week upbeat about the chances of Southern Lad at Rosehill as the sprinter continued to thrive in the stable.

But the trainer’s confidence took a dive when the horse came up with the outside barrier in Saturday’s 10-horse field for the Elderton Homes Made You Look Sprint (1100m).

“Nash is going to need to be negative early and then try and weave a passage through close to the rail and that’s going to be difficult.

“But he’s got to run because we’ve got a couple of race picked out going forward.”

The horse indicated his readiness for a shot at better grade when he took an important step into open company last month, finishing runner-up to proven stakes performer Glenall on the Kensington track.

That performance has prompted O’Shea to consider a range of targets, including the Listed Christmas Classic (1200m) at Randwick on December 28.

“I think he definitely looks as if he has made the transition to open company really well,” O’Shea said.

“He is probably a horse better suited when he gets his toe in the ground so we won’t overtax him in the summer.

“We will look to extend him a little bit more during the winter when he gets tracks more suitable to him.”

The four-year-old was a dual acceptor for the meeting but has been scratched from the 2000 metre race.

O’Shea believes the 1800 metre option is a better fit as he prepares Nordic for a new middle-distance race at the Gold Coast in January, a week before the Magic Millions carnival.

“I didn’t really want to get him to 10 furlongs (again) with that race in mind,” O’Shea said.

The trainer expects Nordic to be better next preparation, particularly on rain-affected ground, but has been buoyed by his two local runs, including a last-start fourth to Mr Reckless at Kembla Grange with Tommy Berry aboard.

“The other day at Kembla, it was very difficult to make up ground,” O’Shea said.

“Tom pulled him to the centre thinking he would whoosh past them and, as the majority of horses did on the day, he plateaued out a little bit. I think his run probably had a bit of merit in it.”

Nordic is an $8.50 chance on Saturday with Southern Lad on the fourth line of betting for his assignment at $6.50.